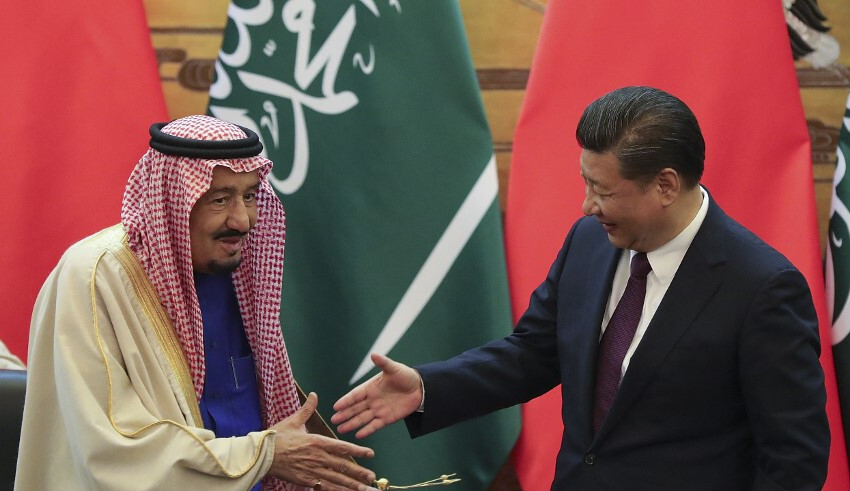 Crown Prince Mohammed bin Salman is expected to give President Xi Jinping a grand welcome to show that China and Saudi Arabia have a "strategic partnership."
(c) The Jakarta Post

President Xi Jinping will attend the inaugural China-Arab States Summit and the China-Gulf Cooperation Council Summit in Riyadh, Saudi Arabia, from December 7-10, according to a statement issued by Hua Chunying, a foreign ministry spokesman, on December 7.

Crown Prince Mohammed bin Salman is set to greet Chinese President Xi Jinping with a grandiose welcome that, according to diplomats in the area, would contrast sharply with the subdued greeting extended to former U.S. President Joe Biden in July.

The world’s largest oil exporter is revamping its foreign policy to match the new realities of global power in response to what it regards as American disengagement from the Middle East and the Biden administration’s hectoring about human rights.

In addition to rolling out the red carpet for bilateral talks with Xi during his two-day visit, the Saudi rulers will host a summit with other Gulf dynasties, followed by a larger gathering with other Arab leaders.

This underscores what the Saudi state news agency SPA describes as the emergence of a “strategic alliance” between China and Saudi Arabia, its primary oil supplier, after years of strengthening ties.

The United States, which has been Saudi Arabia’s primary security guarantee for decades and remains its primary defense supplier, has expressed alarm about China’s increasing participation in key infrastructure projects in the Gulf.

When Trump visited Saudi Arabia in 2017, MbS highlighted the closeness of their relationship with an expensive welcome ceremony that, according to officials, he would likely provide to Xi.

Trump departed Riyadh with defense contracts of over $100 billion. The Chinese team is scheduled to sign $30 billion worth of deals with Saudi Arabia this week, according to SPA.

China views Saudi Arabia as its most important ally in the Middle East, not only because of its oil exports, but also because of their shared skepticism of Western meddling, notably on human rights problems.

In October, Foreign Minister Wang Yi stated that Saudi Arabia was a “priority” in China’s regional and global diplomatic policy.

Unlike the United States, however, Beijing maintains strong relations with Riyadh’s regional adversary Iran, another oil supplier to China, and has shown little interest in resolving Saudi political and security concerns in the area.

In spite of China’s increased involvement in international politics in recent years, its relationship with Saudi Arabia remains firmly entrenched in commerce.

Saudi and Chinese state businesses have joint operations in refining and petrochemicals, and Riyadh is seeking foreign investment to diversify its economy into manufacturing, including the production of automobiles and weapons.

Its plans for massive infrastructure development, such as the $500 billion NEOM megaproject in the northwest, could also create new opportunities for Chinese construction firms that have become more active in the Gulf.