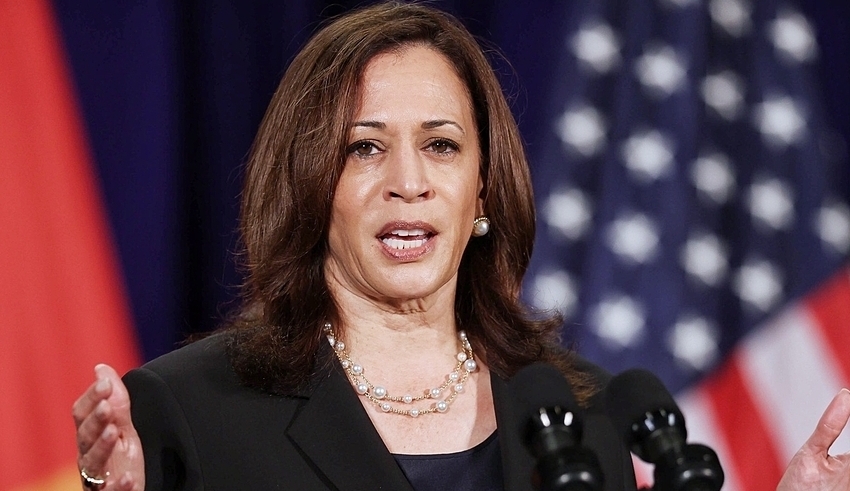 The visit of US Vice President Kamala Harris to Palawan and yet another instance of China’s aggressive actions in our waters have once again brought to the fore the enduring tensions over the South China Sea and the underlying cultures that form the outlines of this war.

The Philippine government has announced its intention to write a note verbale in protest of China’s allegedly “forced” return of rocket debris. It remains to be seen whether, this time, the Marcos Jr. administration will depart from the Duterte administration’s policy of appeasement whenever China’s maritime aggression manifests in our waters.

In the face of China’s intimidation and coercion, Kamala Harris, the first vice president of Asian and African origin, was forthright in reiterating US support as an ally. She hailed as “unanimous and definitive” the Permanent Court of Arbitration’s (PCA) decision not to recognize China’s excessive claim of “historic rights.” In her remark, she stated, “We must stand for principles,” by which she meant respect for sovereignty and territorial integrity, as well as adherence to international conventions and standards. When the rules-based international order is undermined anywhere, it is threatened everywhere.

The problem is that China believes it is above the law. With its newly acquired power, it has moved decisively away from Deng Xiao Ping and his contemporaries’ “peaceful ascent” agenda. Under Xi Jinping’s “perfect dictatorship,” as an expert observer has described it, China as a developing superpower has resumed its Middle Kingdom, or global center, behavior. After a lengthy period of isolation, China declined to submit to arbitration by what it deemed to be an inappropriate forum. Just prior to the decision being rendered, it referred to the PCA as a “law-abusing” tribunal whose ruling would be “junk paper.” After sending vast numbers of Chinese to the West to study English, China now demands that the rest of the world learn Chinese in order to conduct business with it.

This renewed sense of self-identity is evident in China’s repeated and rather demanding demand that claimant nations negotiate bilaterally with it, with the presumption that the South China Sea is its.

Constructivist studies of strategic security have revived the significance of a people’s beliefs and values in shaping their psychological environment. This line of thinking reconsiders the role of ideas on national policy, in contrast to realpolitik approaches that place sole emphasis on economic forces and military hardware. It demonstrates how deeply ingrained notions of how the world operates can impact how a society’s leadership and institutions are likely to react when confronted with strategic options.

The South China Sea issue is neither a resource war nor a fight between two countries for hegemony. It is also about a collision of narratives based on the peculiar core values that have developed as a result of a nation’s historical experiences.

According to reports, Chinese officials have informed their American colleagues that the South China Sea is a non-negotiable region of “core interest” on par with Taiwan and Tibet. In some sense, the Treaty of Shimonoseki and the virtual occupation of China’s coastal towns by predatory nations who imposed unequal treaties may have shattered China’s notion of itself as an organizing power among subordinate states. Nevertheless, the “Middle Kingdom” myth has persisted throughout its lengthy history and is currently being reenacted and remade by the current leadership.

Similarly, the Philippine political elite may occasionally behave inside the greater orbit of a modern conceptual environment that shares the highly developed Western terminology for “rights” and “rule-based” approaches to organising society. The more operational conventional code, however, tends to blur the line between the formal and informal worlds, where personal relationships and interests prevail over formal policy and conventions. This is exemplified by former President Duterte’s assurance to his critics that Xi Jinping has his support.

In addition to China’s desire for economic supremacy in the region, the “century of humiliation” at the hands of western nations contributes to its intransigence. The Philippines’ disappointment with its history with the United States has driven its officials towards a stronger rapprochement with China, despite the fact that a large portion of its populace retains some fondness and confidence for the United States.

Officials of the previous administration have defended Duterte’s policy of accommodation by pointing out the inapplicability of the verdict, stressing the absence of a significant institutional structure comparable to China’s influence in the region. Similarly, it was questioned if the United States, which has traditionally been considered as a security umbrella for the Philippines and the rest of the region, would come to the country’s rescue in the event of a military standoff. Lito Banayo, in his capacity as the country’s resident envoy in Taiwan, was questioned during an interview, “Do you believe the United States will aid us in our fight against China given that it is so economically beholden to China?”

The Vice President of the United States has boldly flown the flag of a global system based on rules. This is heartening for a small nation that dared to strike back with lawfare. The harsh reality of economics typically takes precedence over cultural conventions. China believes it can persuade us to jointly explore the gas and oil reserves of Reed Bank, which, according to the PCA judgement, lies entirely within our exclusive economic zone. The Reed Bank contains approximately half of the estimated 11 billion barrels of oil and a quarter of the estimated 190 trillion cubic feet of natural gas in the South China Sea.

However, there is also the issue of political will to consider.

In the mid-1990s, when the Philippines discovered that China had built structures on Mischief Reef that were ostensibly shelters for fishermen but have since been proven to be military installations, the top unofficial spokesman for South China Sea affairs, Pan Shiying, was quoted as telling US officials that if China’s offer of joint development was rejected, “it will have no choice but to take over the islands by force.”

In reaction, then-President Fidel Ramos commissioned an affiliate of Vaalco to explore for oil in the Reed Bank, threatened to invoke the US-Philippines Mutual Defense Treaty, and launched a $2 billion program to modernize the armed forces.

This fighting spirit brings to mind the Vietnam War and, more recently, Taiwan’s courageous defense of its independence from China. The people of these nations, like David and Goliath, hold out hope that in a war of attrition, invincibility of spirit, and not just weapons, can wear down even the most powerful nations.