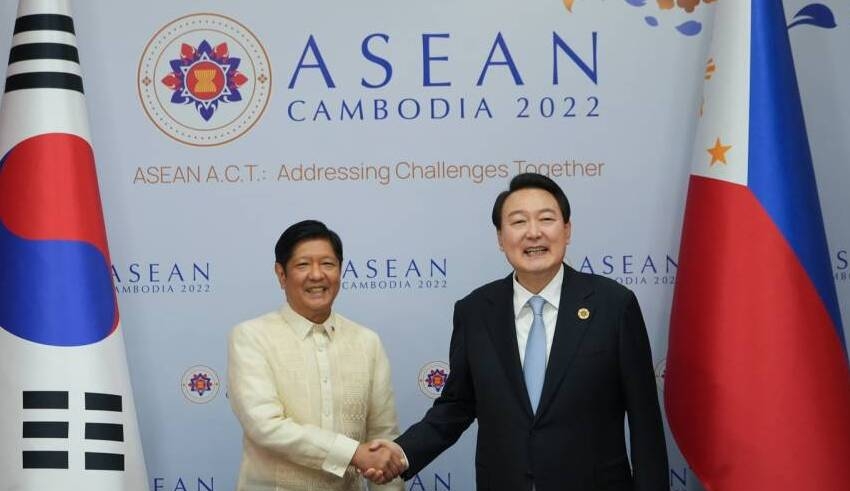 Mr. Marcos made these remarks during his bilateral meeting with South Korean President Yoon Suk-yeol on Saturday in Phnom Penh, concurrent with the 40th and 41st Association of Southeast Asian Nations Summits.

North Korea launched a short-range ballistic missile that landed in the East Sea, often known as the Sea of Japan, earlier this month.

The President told the South Korean state leader, “This is of grave concern, and we fully back the Republic of Korea’s efforts to denuclearize North Korea.”

Mr. Marcos added, “The Philippines is with you on this issue, and we will do all possible to aid South Korea in this endeavor.”

Friday, the President urged North Korea to comply with the resolutions of the United Nations Security Council pertaining to North Korea, many of which relate to its missile and nuclear program.

“The Philippines reaffirms its profound worry about the spate of missile launches this year,” the President remarked.