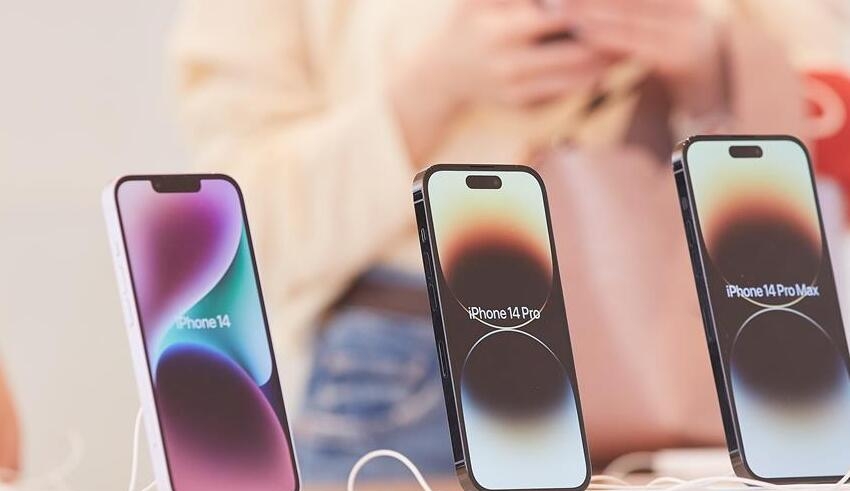 Apple Company is currently suffering as a result of China's stringent zero-COVID-19 policy, despite the fact that there is strong demand for new iPhones.
(c) DigiTimes

As a result of a large production decrease at a virus-infected plant in China, Apple Inc anticipates lower shipments of high-end iPhone 14 models than was originally predicted, hurting its sales expectations for the year-end Christmas season.

Apple has remained a rare bright light in the global technology sector, which has been pounded by expenditure cuts owing to rising inflation and interest rates. This is due to the robust demand for the new iPhones.

However, the Cupertino, California-based company has fallen prey to China’s strict zero-COVID-19 policy, which has already led numerous multinational companies, like Ester Lauder Companies Inc and Canada Goose Holdings Inc, to close their stores in China and reduce full-year projections.

Apple said in a statement on Sunday, “The factory is now operating at a significantly reduced capacity,” without elaborating on the extent to which production has been affected.

Last month, Reuters reported that output of Apple’s iPhones at one of the world’s largest factories could decrease by as much as 30 percent in November owing to stricter COVID-19 restrictions in China.

Its primary Zhengzhou facility in central China, which employs over 200,000 people, has been rocked by unrest over strict measures to combat the spread of COVID-19, with many employees quitting the site.

Due to issues at the Zhengzhou plant, the market research firm TrendForce stated last week that it has reduced its forecast for iPhone shipments for the December quarter by 2 to 3 million units, from 80 million previously, and that its investigation of the situation revealed that the factory’s capacity utilization rates are now around 70%.

The most valuable business in the world, with a market capitalization of $2,2 trillion, predicted in October that its sales growth for the December quarter would dip below 8%.

“However, this is only one aspect of a much larger story: the uncertainty surrounding the future of the Chinese economy… These headlines are part of a continuing saga regarding the veracity of persistent rumors that officials are contemplating whether some of the restrictions will be eased in the first quarter.”

China recorded its largest number of new COVID-19 infections in six months on Sunday, a day after health officials said they will maintain tough coronavirus restrictions, likely dashed investor hopes for a relaxation.

The operator of the Zhengzhou factory, Taiwan’s Foxconn, stated on Monday that it was striving to resume full production at the plant as soon as possible and lowered its outlook for the fourth quarter.

It stated that it will establish new precautions at the company to prevent the spread of COVID-19, including a system that would restrict staff movement between the dormitories and the workplace.

In early trading on Monday, shares of Foxconn dipped 0.5%, trailing a 1.2% increase in the broader index.TWII.

China ordered a seven-day lockdown of the industrial park that contains the iPhone plant on Wednesday, a move that would put pressure on the Apple supplier as it attempts to quiet worker unrest at the base.

The Zhengzhou Airport Economy Zone in central China has announced that, with immediate effect, it will implement “silent management” measures, such as prohibiting all inhabitants from leaving and permitting only authorized cars on its roadways.

Foxconn, the largest contract electronics manufacturer in the world, said in a statement that the province government of Henan, where Zhengzhou is located, “has made it plain that it will continue to assist Foxconn in Henan.”

Foxconn is currently collaborating with the government to eradicate the pandemic and resume production at full capacity as soon as possible.

Foxconn, which had earlier projected “cautious optimism” for the fourth quarter, said it will “revise down” its forecast in light of recent developments in Zhengzhou.

The fourth quarter is generally the busiest time of year for Taiwan’s technology companies, as they scramble to deliver smartphones, tablets, and other goods for the Western Christmas season.

Foxconn reports earnings for the third quarter on November 10.