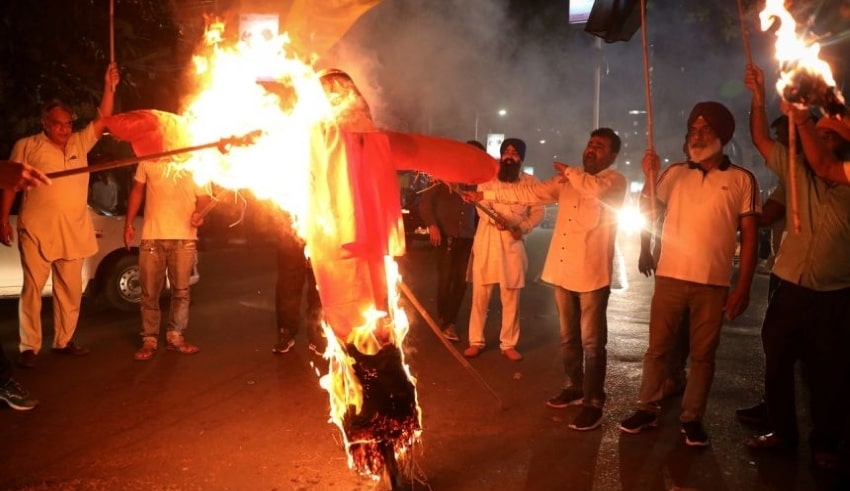 Indian police said that the son of a minister has been detained on preliminary accusations of murder, a week after the deaths of eight people during a farmers' protest which has caused widespread anger throughout the country.
(C) straitstimes.

India – Indian police said on Sunday that the son of a minister has been detained on preliminary accusations of murder, a week after the deaths of eight people during a farmers’ protest which has caused widespread anger throughout the country.

Ashish Mishra was recently arrested in Uttar Pradesh, where he was charged with involvement in the event in the northern state’s Lakhimpur Kheri area, where farmers had been protesting as part of a year-long campaign against controversial agricultural regulations.

Four protestors were killed when a vehicle belonging to Mishra and his father, Ajay Mishra, the junior home affairs minister, crashed into them, according to farmers.

According to police and local media accounts, enraged protesters then set fire to numerous vehicles, killing four additional people, including a driver and a journalist, in the process.

According to Deputy Inspector General of Police Upendra Kumar Agrawal, Mishra was detained after an hours-long questioning for non-cooperation and evasive responses.

Mishra will appear in court on Monday, and official charges must be filed within 90 days after his appearance. The accusations against Mishra and his father have been strongly denied by the party.

The Supreme Court of India had said on Friday that it was unsatisfied with the police probe into the matter and questioned why the younger Mishra had not been arrested yet.

The event was the bloodiest since November, when farmers began camping on the outskirts of New Delhi, seeking the repeal of the contentious legislation.

A political minefield has long existed in India’s agricultural industry, which employs about two-thirds of the country’s 1.3 billion people.

The administration of Prime Minister Narendra Modi claims that the industry is enormously inefficient and in desperate need of change.

Farmers, on the other hand, are concerned that the reforms would put them at the whim of large companies.