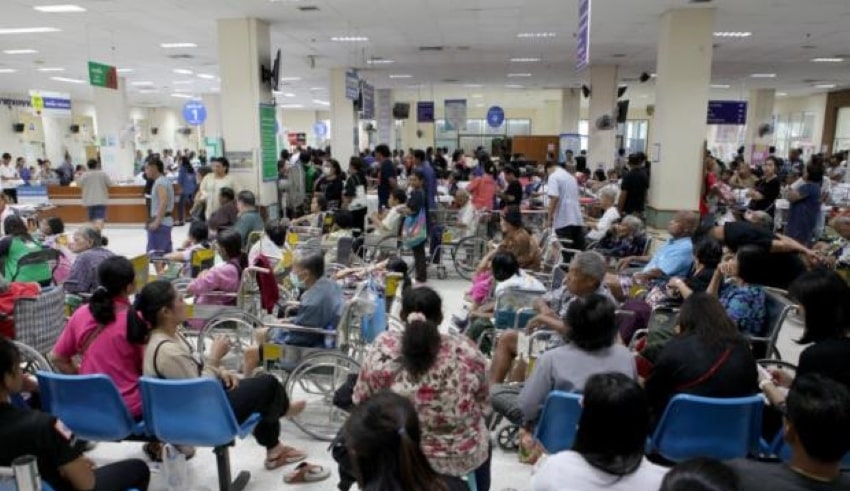 According to the Public Health Ministry, Universal Health Care System Gold-Card users will be able to visit medical services anywhere in the country with the initiative being piloted by the lower northeastern provinces beginning early next year.
(C) Bangkok post

According to the Public Health Ministry, Universal Health Care System Gold-Card users will be able to visit medical services anywhere in the country with the initiative being piloted by the lower northeastern provinces beginning early next year.

Currently, card holders receive direct attention and care at individual clinics and rehabilitation centers. According to Public Health Minister Anutin Charnvirakul, the scheme would expand access for them. This policy will be put into practice step by step.

People shouldn’t worry that it will increase demand for medical services at major hospitals and overstretch resources there, the minister said. Mr. Anutin reported that the ministry is streamlining the gold-card healthcare scheme so that every doctor or institution can handle subscribers.

A zoning system may be enforced to reduce overcrowding of certain hospitals where hospitals in a given region in a province specialize in the care of those diseases and ailments. The anywhere-access scheme would not overburden hospitals and medical facilities with costs, Mr. Anutin said, as the scheme can be operated effectively with ample staff allocation. He alleviated concerns caused by speculation that the proposed initiative would lead to some healthcare programs being axed to curb an anticipated surge in spending.

The minister called the allegations speculation intended to undermine the ministry by entities that were excluded from representing participants of the gold-card program, also known as the 30-baht universal health programme, with interests in clinics in Bangkok.

The National Health Protection Office (NHSO), which operates the scheme, lodged charges in July against 18 health clinics in the region that were assumed to have embezzled 72 million baht from the gold card system.

The reports state that the clinics altered their patients ‘ health records, adding inaccurate details so that they could demand extra NHSO reimbursement. The gold-card pilot project is expected to start on Jan 1 or next April.