The Asian Affairs > Blog > Health > New cases number is stable, the further emergency decree will be announced by Thai PM 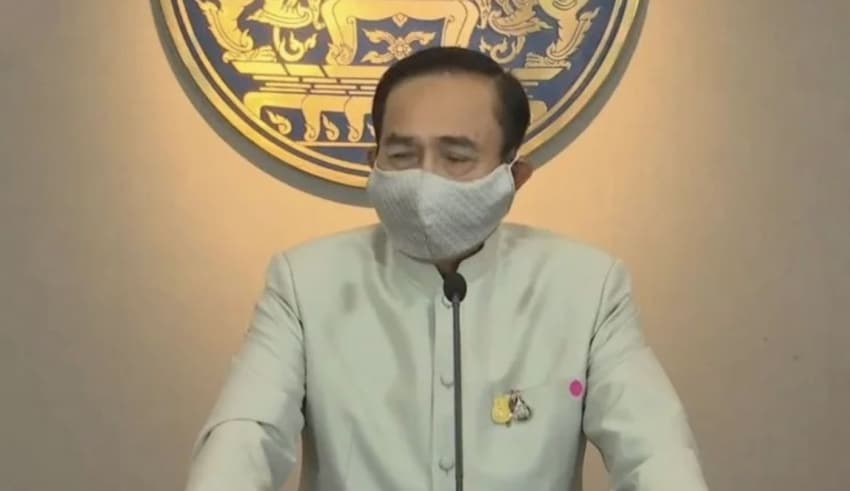 Prime Minister Prayut Chao-cha may start to ease the curfew by the end of this month if Covid-19 cases continue to fall. Thailand’s health department on Thursday reported 29 only new local cases of coronavirus. The government imposed a nationwide curfew between 10pm and 4am from April 3 to April 30 as a measure to combat coronavirus transmission.

Prime Minister Prayut Chan-o-cha, noted a decline in the number of newly recorded virus cases per day. He said he would take this fact into account and think about easing curfew restrictions. Gen. Prayut said the curfew will be reviewed during the last week of this month. Above all as the government looks for alternative measures to flatten the curve of infections. Restrictions will be gradually eased but measures to prevent a second wave of infections must be put in place, Gen Prayut said. Adding the Health Department will also weigh whether to extend the nationwide state of emergency. Which is set to expire on April 26. “I have realized that restrictions under the emergency decree have affected people,” he said. “The government is trying to come up with alternative measures.”

Dr. Prasit Watanapa, dean at the Faculty of Medicine Siriraj Hospital, Mahidol University, said curfew restrictions should begin to be relaxed after April 22. The suggestion to ease curfews early followed a request from the business sector. Dr Prasit said even though the number of new cases showed a downward trend, the kingdom must not lower its guard. Because the novel coronavirus disease could continue to affect the country. If the number of new cases grows, Thailand’s public health service could collapse due to a critical shortage of resources. Including beds, tools, manpower and medicine. This is why authorities stress flattening the curve, to alleviate pressure on the system. Dr Prasit also said the country has been doing a good job to curb the number of new cases. With reductions by 30 to 40 per day. Also noting a study by the hospital found new cases should not exceed 32.7 cases per day. “If we have truly seen a decreasing number of new cases, death rates, and several recoveries, it means that the outbreak is going to ease,” he said.

On Wednesday cabinet endorsed a proposal to extend the Covid-19 financial compensation program for formal workers. Under the social security system (SSS) affected by the pandemic. The compensation will cover members who have lost their job or were suspended due to the coronavirus outbreak. The proposal to do so was approved on Tuesday by the social security board. The board agreed the impact of the outbreak on workers was legally considered as “force majeure”. It will also cover workers with the Covid-19 coronavirus and those under the mandatory 14-day quarantine period.