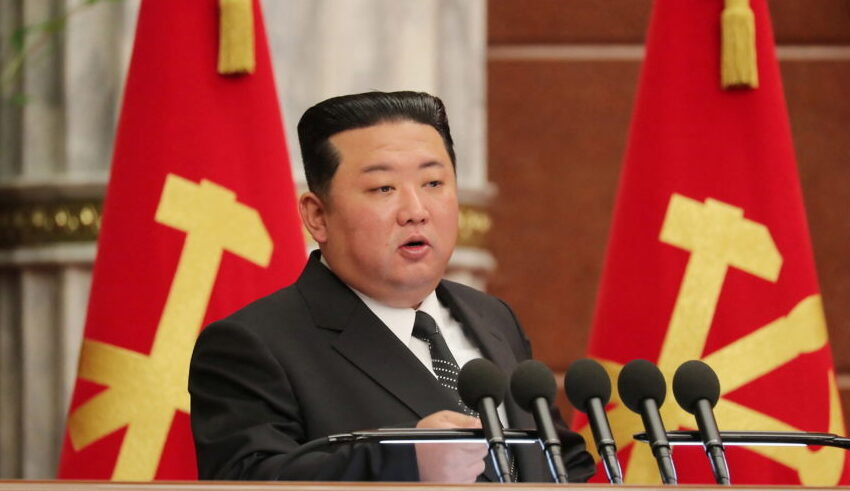 During the plenary meeting, Kim also calls attention to "a series of major inadequacies" that have been detected in a variety of fields, including research
(c) PBS

The report said that on the second day of the Sixth Enlarged Plenary Meeting of the 8th Central Committee of the party, Kim evaluated the “newly formed hard situation” on the Korean peninsula and the larger political scene.

In addition, the third-generation commander established the “anti-enemy battle” and aims for bolstering defensive power.

The official KCNA news agency said, “He stated the principles of international affairs and the path of the war against the enemy that our party and government must strictly adhere to in order to maintain sovereign rights and defend national interests.”

“New primary objectives for bolstering self-defensive capabilities will be vigorously pursued in 2023 in readiness for a variety of political changes.”

KCNA did not disclose specifics on these objectives, but Kim’s comments suggest the isolated nation would continue to speed its military building.

This year, North Korea has launched an unprecedented number of missiles, many of which were intended to build “top priority” strategic weapons in accordance with a five-year plan outlined at a Workers’ Party convention in early 2021.

There are tactical nuclear weapons, a new intercontinental ballistic missile, hypersonic glide flight warheads, nuclear-powered submarines, and a reconnaissance satellite on the list.

Last year, tensions remained elevated due to the North’s repeated nuclear tests, and they heated up again this week when five North Korean drones crossed into South Korea, causing Seoul to scramble fighter aircraft and attack helicopters in an attempt to shoot them down.

During the plenary meeting, Kim also pointed out “a number of major deficiencies” identified this year in fields like as science, education, and health, and offered methods to address them, according to KCNA. He also outlined critical priorities for next year.

In the past, North Korean presidents delivered speeches on New Year’s Day, but in recent years, Kim has held multi-day parties to announce significant policy decisions.

The economy is a top priority for Kim, who is under increasing pressure from international sanctions, the aftermath of a coronavirus lockdown, and natural calamities.