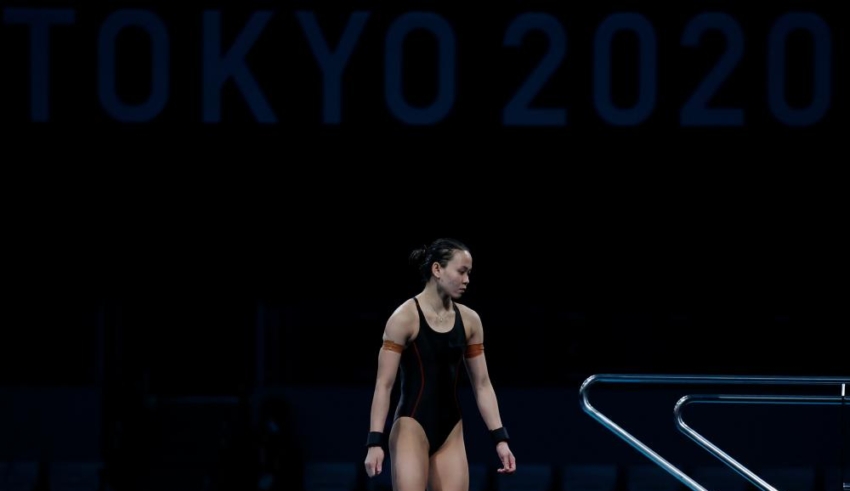 Datuk Pandelela Rinong Pamg and Nur Dhabitah Sabri, two of the country's best divers, are scheduled to reprise their partnership in the Hanoi SEA Games in Vietnam from May 12-23.
(C) thesundaily

ASEAN – Datuk Pandelela Rinong Pamg and Nur Dhabitah Sabri, two of the country’s best divers, are scheduled to reprise their partnership in the Hanoi SEA Games in Vietnam from May 12-23.

Following Datuk Leong Mun Yee’s retirement in December, the new announcement puts an end to speculation about who will join Pandelela in the women’s 10-meter (m) platform synchronised event.

Nur Dhabitah was picked to pair with Pandelela in the women’s 10m platform synchronised event in Hanoi after establishing herself over the biennial Games‘ training phase, according to national diving head coach Li Rui.

“We started preparing for the platform event after the (Tokyo 2020) Olympic Games concluded. So far, the Pandelela-Nur Dhabitah pairing appears to be working. He stated, “Actually, she (Nur Dhabitah) hasn’t participated in the platform event in three years, but she’s still OK and not uncomfortable.”

At a media conference given by the Malaysian delegation headed for the Hanoi SEA Games at the National Sports Council (NSC) in Bukit Jalil, Li Rui, who spoke in Mandarin and whose responses were translated by assistant coach Mun Yee, said this.

The pairing of Pandelela and Nur Dhabitah in the 10m platform synchronised event is not new; they previously won bronze at the 2014 Glasgow Commonwealth Games and silver at the fourth FINA World Diving Series in Windsor, Canada in 2017.

Nur Dhabitah will also compete in the women’s 1m springboard solo event in Hanoi, according to Li Rui.

He did say, however, that the diver, who is known for her bright smile, will not compete in the 3m springboard synchronized event, which means she will not be able to defend the gold medal she won with Wendy Ng during the previous edition.

Meanwhile, the Chinese coach reaffirmed the diving team’s determination to win all eight gold medals on offer. He also added that because several of the divers will be competing for the first time at the SEA Games, this is a test for them and the entire squad. It has been also noted that they’ve all demonstrated excellent growth so far.