The Asian Affairs > Latest News > Malaysia > SEA Games : Nur Dhabitah out to prove her worth in Hanoi 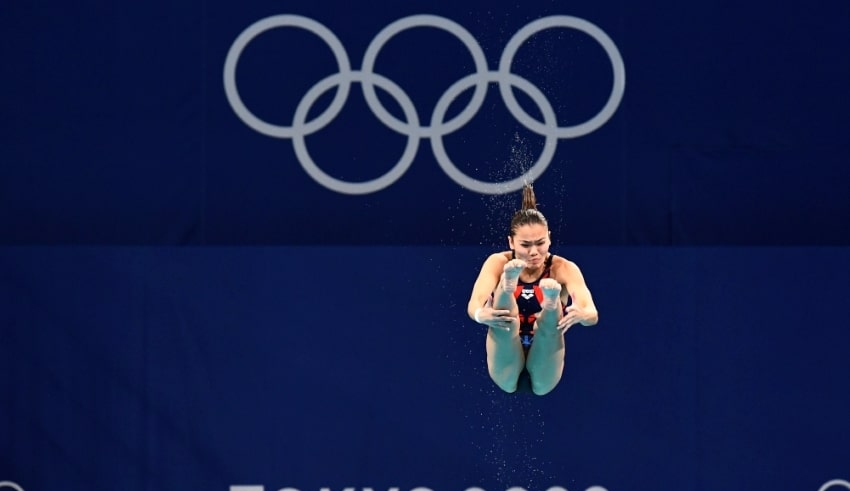 The Hanoi SEA Games in May will provide the best platform for national diver Nur Dhabitah Sabri to prove her mettle again.
(C) Malay Mail

Malaysia – The Hanoi SEA Games in May will provide the best platform for national diver Nur Dhabitah Sabri to prove her mettle again.

The diver with a captivating smile is hoping to restore the smiles of fans when she competes in platform, which she started focusing on after the Tokyo Olympics 2020 in August last year.

In fact, she grabbed at the chance to renew her partnership with diving queen Datuk Pandelela Rinong Pamg in the women’s 10-metre (m) synchronised platform at the biennial games in Vietnam from May 12 to 23.

“After being away from synchronised diving (with Pandelela) for some time, I’m excited and is giving my best in training to prove to myself that I’m getting better in platform.

“My hope for this partnership is to continue to work hard together, have good communication skills and just enjoy the game,” said the 3m springboard mixed synchronised gold medallist at the 2019 Asian Cup Diving Championship when contacted by Bernama.

The Pandelela-Nur Dhabitah combination in the 10m synchronised platform event is not new as the pair won bronze at the Glasgow Commonwealth Games in 2014 and silver at the fourth FINA World Diving Series in Windsor, Canada in 2017.

The platform is also not alien to Nur Dhabitah as she made her Olympic Games debut in 2016 at age 17 in the 10m women’s individual platform, qualifying for the final and finishing ninth, while Pandelela was placed 11th.

Nur Dhabitah, who was previously more focused on springboard, was picked to partner Pandelela to fill the vacancy created by the retirement of former national diver Datuk Leong Mun Yee in December last year.

Nur Dhabitah, who also won silver and bronze at the 2018 Asian Games in the 3m synchronised springboard and 3m individual springboard respectively, was selected after impressing coach Li Rui during preparations for Hanoi.

“I will try my very best (to get gold). I think all divers will try their best, and we will work hard for all the eight golds at stake,” said Nur Dhabitah, who will also compete in the women’s 1m individual springboard in Hanoi.

Nur Dhabitah said the freedom enjoyed under the transition to endemic phase after more than two years of grappling with the challenges of the Covid-19 pandemic had made her happier as an athlete.

“The positive impact of the current situation is that if we feel pressured due to fatigue from training and the like, we do not have to be cooped up in a room,” said Nur Dhabitah, who felt pressured when preparing for the Tokyo Olympics. She was downcast when she could not get to meet and spend quality time with her family while training under the sports bubble for the Olympics.