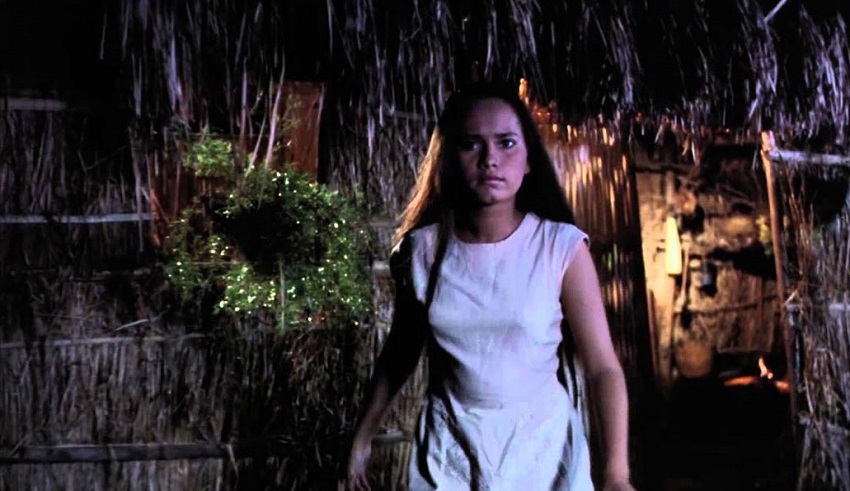 Pepsi Paloma is unquestionably one of the most intriguing pop culture personalities in the history of the nation, and her life story is both tragic and enigmatic.

Despite the fact that she passed away thirty years ago, her passing still receives a lot of attention, particularly because the Eraserheads allegedly made her infamous rape by three well-known comedians the topic of their song Spolarium.

Was the song actually inspired by Pepsi Paloma? Lead singer Ely Buendia himself merely fanned the fire in a 2011 Q & A at Jessica Zafra’s blog when he replied to the query with a mysterious message:

“I will take this secret to the grave.”

Pepsi Paloma, though, would be the one to take credit for bringing more intriguing mysteries with her.

Pepsi (or Delia Duenas Smith in real life) was the oldest of four children and was born on March 11, 1966.

After their father, an American letter carrier named Kenneth Smith, abandoned them when they were still very young, they were reared by their single mother, a Samar native named Lydia Duenas.

The young Delia first encountered Tita Ester in 1980, who later introduced her to gay talent scout Rey de la Cruz, who launched the careers of Rio Locsin and Myrna Castillo in show business.

Soon after that, she became well-known for appearing naked in the movie Brown Emmanuelle by Celso Ad Castillo. She had only turned 14 at the time.

Delia’s manager Rey de la Cruz changed her screen name from Scarlet to Pepsi since he thought it wouldn’t bring her any luck.

It should be remembered that Rey de la Cruz also attracted notice when he unveiled a new group of starlets with names inspired by famous Philippine routes (e.g., Ms Aurora Boulevard, etc.).

After the recording, Paloma alleged that the group tore open their blouses before taking turns kissing her.

She claimed that Richie tied her arms behind her back so that Vic could easily kiss her while Joey took pictures.

The event took place at IBC-13, the trio’s home network, which was housed at the Broadcast City, a television and radio broadcast facility in Diliman, Quezon City.

Later that night, Paloma and Guarin were taken to Room 210 of the neighbouring Sulo Hotel, the TV hosts’ go-to hangout due to its excellent yet reasonably priced coffee and lumpiang ubod.

Paloma stated to authorities that she and Guarin were both reportedly drugged and raped by the three hosts in the aforementioned hotel, in a case that is reminiscent of Maggie dela Riva’s from two decades earlier but without the same publicity.

Meanwhile, Joey de Leon and the two Sotto brothers provided their perspectives in an interview with Who Magazine that was released on September 29, 1982.

Tito claimed that the two women followed the TV hosts rather than the other way around. The actresses asked for souvenir images of the lads kissing them after the filming for Iskul Bukol was finished.

Tito Sotto, who was in the dressing room getting a massage at the time, claimed that two photos were taken: one with Vic holding onto Pepsi’s nape while they shared an awkward kiss, and the other with Joey kissing Pepsi awkwardly while Pepsi appeared to be trying to break free because, according to Tito, she had bubble gum in her mouth that she wanted to spit out.

When Pepsi claimed that their blouses were torn, Tito responded, “How can you easily rip a pair of maong? Why would they follow us to Sulo if, let’s say, we tore their shirts off in Broadcast City? obtain a script? Do you mean no one noticed them?

Tito was eager to reject his brother Vic’s involvement in the alleged rape, even though he wasn’t there. He claimed that Vic was too “frail or small” to beat ladies in arm wrestling, let alone sexually assault them.