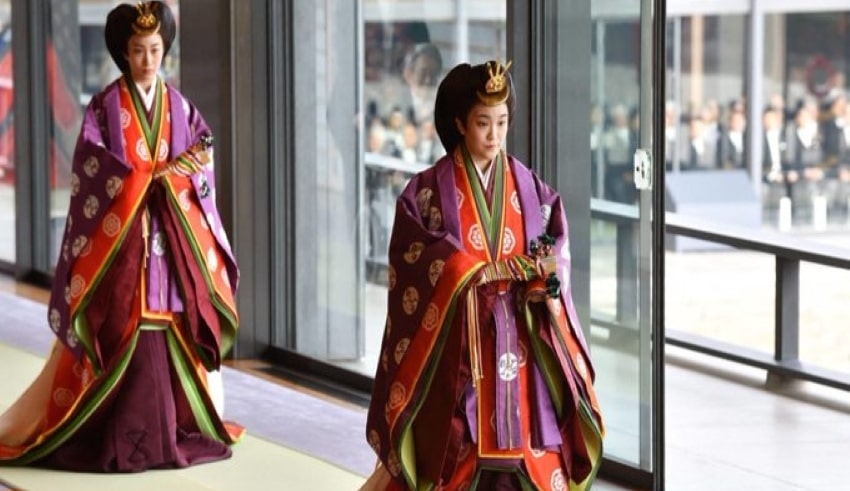 Princess Mako of Japan married her university boyfriend on Tuesday, foregoing her title in a marriage devoid of customary pomp and circumstance, with the pair allegedly considering relocating to the United States.
(C) japantimes

Japan – Princess Mako of Japan married her university boyfriend on Tuesday, foregoing her title in a marriage devoid of customary pomp and circumstance, with the pair allegedly considering relocating to the United States.

When a member of the imperial family marries a commoner, she cannot attain the Chrysanthemum Throne and loses her royal position.

Mako, Emperor Naruhito’s 30-year-old niece, is no exception, since she married Kei Komuro, a 30-year-old lawyer in the United States.

Since announcing their engagement in 2017, the pair has been embroiled in tabloid controversies about his family’s financial issues.

However, after years of deliberation, the couple has married — although without a wedding ceremony, reception dinner, or any of the typical extravagant formalities — deciding to do so discreetly, away from an unkind public.

Mako has also declined a substantial sum often made to royal ladies upon their departure, estimated to be up to 153 million yen ($1.35 million).

According to the Imperial Household Agency, Japanese royals are held to demanding standards, and Mako has acquired complicated post-traumatic stress disorder as a result of the media attention.

After television video showed her leaving the Akasaka Imperial Residence in the morning, a household employee informed an international news agency that the marriage paperwork had been “filed and approved.”

With a little bouquet of light pink flowers in her hand, the princess waved goodbye to her family, bowed to her parents and the journalists and embracing her sister.

Despite negative press coverage and vicious online slander, a majority of Japanese support the marriage.

“What matters most is that she is happy,” said Tokyo resident Machiko Yoshimoto, who is in her sixties.

“Certainly, a joyous environment would have been preferable to this tough scenario, which is rather sad and unfortunate,” Shigehiro Hashimoto, 54, said. According to a study conducted by the Yomiuri Shimbun daily, more than half of respondents said marriage was a positive thing, compared to 33% who disagreed.