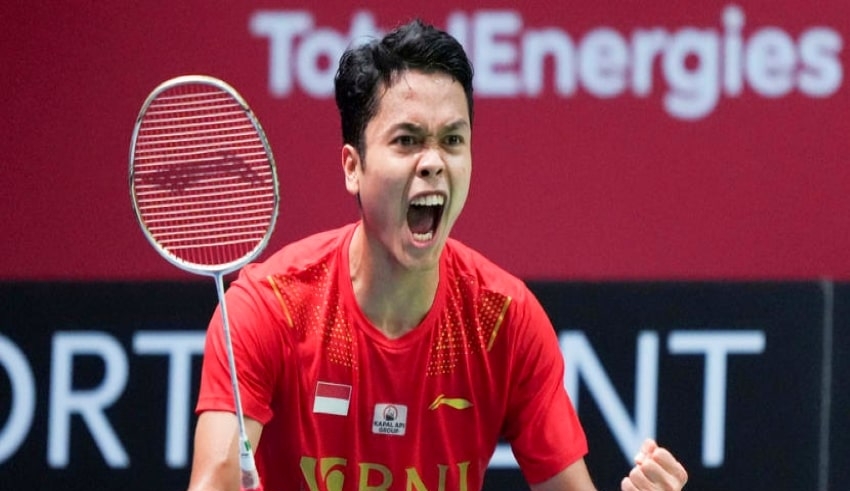 Indonesia finally won the renowned Thomas Cup by defeating China 3-0 in the finals at the Ceres Arena.
(C) BadmintonTalk

Indonesia – After an almost two-decade waiting, Indonesia finally won the renowned Thomas Cup by defeating China 3-0 in the finals at the Ceres Arena.

Despite having won 13 championships and being the most successful team in tournament history, Indonesia last won the trophy in 2002 in Guangzhou, China, when they defeated Malaysia 3-2.

World number five Anthony Sinisuka Ginting got the match started with a win for Indonesia, coming back from a set down to beat world number 27 Lu Guang Zu in three sets, 18-21, 21-14, 21-16, in a match that lasted well over an hour.

“Although he did not play in the finals, it was a memorable moment for sensational Indonesian skipper Hendra to lift the trophy after seven failed attempts.”

He is sensational indeed.

The one and only, Hendra. You finally got your #ThomasCup 😭😭!!!!https://t.co/sMy3XbCFdP

“In the first set, I was worried and Guang Zu was more aggressive. However, in the second and third sets, I was able to shed the tension, relax down, and turn things around. This was the most tough game I’ve ever played against him (Guang Zu).

I was preparing to play Shi Yu Qi and Guang Zu, but we had no idea whether Yu Qi would show up following an injury.” He stated after the game ended.

He also expressed gratitude to God for allowing him to escape the pressure and perform effectively during the playoffs.

In front of almost 2,000 spectators, the world number seven pair was able to overcome He Ji Ting-Zhou Hao Dong in straight sets, 21-12, 21-19, to double their advantage.

World number seven Jonatan Christie defeated world number 65 Li Shi Feng 21-14, 18-21, 21-14 to help his country of Indonesia to a 3-0 triumph against China in the biannual event, the second-most successful team with 10 championships won.

Indonesian skipper Hendra lifted the cup’s trophy for the first time after seven previous unsuccessful efforts, despite not playing in the finals.

With an impressive track record that includes the Olympic gold medal in 2008 in Beijing, four World Championships (2007, 2013, 2015, and 2019), two Asian Games gold medals (2010 and 2014), as well as two All England titles (2014 and 2019), the 37-year-old has had a successful career. Following 3-0 wins against Malaysia in the quarterfinals and Denmark 3-1 victories in the semifinals, Indonesia strolled into the championship game, while China posted 3-0 wins over both Thailand and last year’s runner-up Japan.