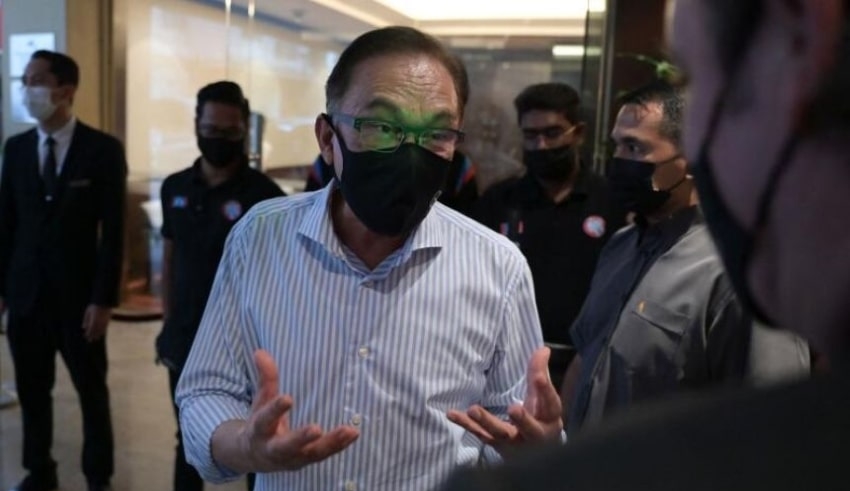 On Facebook, he said that the memorandum of understanding (MoU) signed recently was only to guarantee the present administration’s stability rather than a political realignment.

According to him, what was stated at the UMNO general assembly was more than simply ‘no DAP, no Anwar’ for GE15. There was no PPBM either (Bersatu). Policy modifications may only be made in the general assembly or by UMNO’s supreme council, adding that this (MoU) is not a partnership to share power with PH; in fact, it is the polar opposite. It is for political stability in the peculiar position we are in right now; nothing more, nothing less.

Skepticism between the governing and opposition parties has not gone away overnight, he added, and each side would now watch the other more carefully.

He said that he agrees with Datuk Seri Shamsul Anuar Nasarah who advised the government to exercise caution since PH has yet to fulfill its promise.

“The right to be in power does not entitle us to be immune to criticism and opposition,” he added.

As the present administration is UMNO led, Shahril believes the nation and Malaysians would benefit from the MoU.

In order to be regarded as mature, or ready to sacrifice themselves for the people or any other story, let PH representatives expound on their objectives.

“But as the government leader, UMNO and BN are in a good position. We can handle it to our advantage if others choose to support the UMNO government for their own reasons,” he said.

He noted that many recent institutional changes have been advocated by UMNO members, including former Deputy Speaker Datuk Seri Azalina Othman Said, who has presented a Private Member’s Bill to allow for recall elections. He added that PH previously often invoked the issue of reform, but UMNO may take a more proactive role in pioneering it this time.