The Asian Affairs > Philippines > Roque: Typhoon relief to Catanduanes to be brought via air, sea 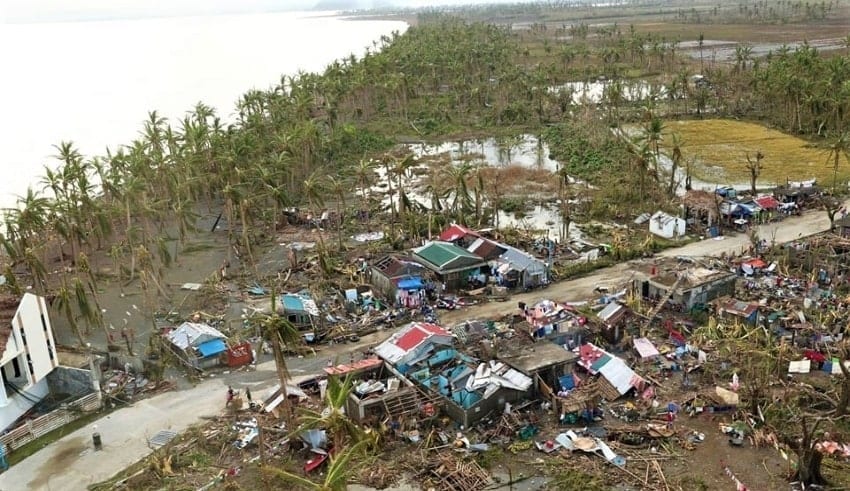 Malacañang confirmed that relief goods are being brought by air and sea to Catanduanes.
(C) coastguardph

METRO MANILA – Malacañang confirmed on Thursday that relief goods are being brought by air and sea to Catanduanes, the island badly hit bay the damaging Super Typhoon Rolly.

According to presidential spokesperson Harry Roque, atleast 35,000 families in Catanduanes have been affected by Typhoon Rolly. Over 7,000 people are in evacuation centers and estimated 45,886 individuals are on the temporary refuge of others’ homes.

Roque said that incumbent Secretary of Social Welfare and Development Rolando Bautista is currently in Catanduanes with 10,000 food packs that are being distributed.

Bautista flew to the island on Tuesday to monitor the situation and the relief operations for individuals affected by the typhoon.

Philippine Air Force also provided C-130 airplanes to transport food packs and water. Defense Secretary Delfin Lorenzana said that it has began transporting food stuff and other supplies and will continue to do so until it is needed.

Two more C-130s and four C-295s are currently on stand by in case it will be needed for additional transport of relief goods.

Roque also added that other relief goods will be delivered via sea after the roll-on/roll-off (RORO) vessels have resumed operations.

The National Disaster Risk Reduction Management Council reported that across nine regions in the Philippines, the damage to infrastructure are at P8.4 billion while the agriculture is at P2.3 billion. Around 20 people died while 165 were injured during the onslaught of Rolly.