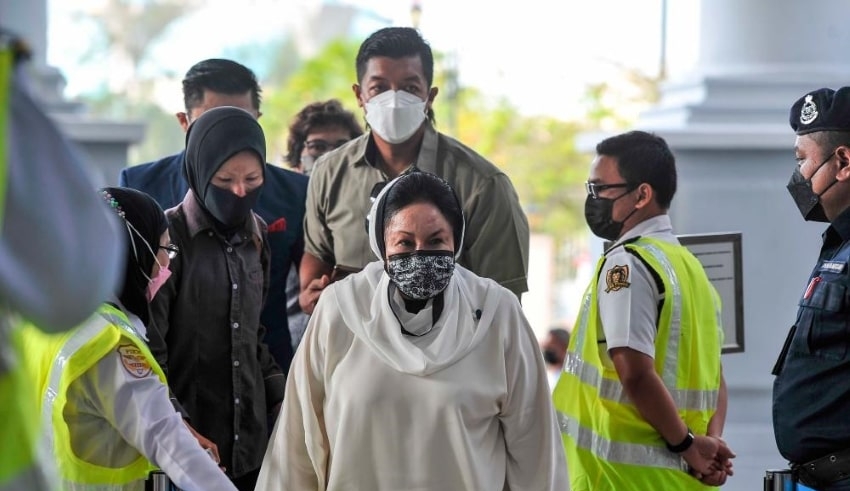 It was stated by Malaysiakini that Judge Mohamed Zaini Mazlan decided that Sri Ram’s appointment by the then Attorney-General Tommy Thomas in August 2018 under Sections 376, 377, 378, and 379 of the Criminal Procedure Code was legitimate, as it was said in the report.

Sri Ram’s appointment to represent Rosmah was confirmed by the current Attorney General Tan Sri Idrus Harun in two letters dated July 8 last year and May 21 this year, according to the judgment.

According to Zaini, the question is whether Sri Ram’s appointment as DPP in the case of Rosmah can be implemented retrospectively.

Sri Ram’s appointment was made with retrospective effect, Zaini added, who agreed with the prosecution’s assertion that the Public Prosecutor had the authority under Section 50 of the Interpretation Act to make the appointment.

Rosmah Razak, the wife of former Malaysian prime minister Datuk Seri Najib Razak, is accused of soliciting RM187.5 million from contractor Saidi Abang Samsudin for the Sarawak school’s solar energy supply project in 2016 and 2017, as well as receiving RM6.5 million in cash from him during that time, as indicated in the court documents.

It is claimed that the funds were intended to assist Saidi’s firm, Jepak Holdings Sdn Bhd, in securing the RM1.25 billion project to provide power to 369 rural schools in Sarawak.

Rosmah, who is 69 years old, is expected to take the witness on October 5, when the defense case is set to begin. In February, Zaini ordered Rosmah to appear in court to defend herself against all three corruption allegations against her.