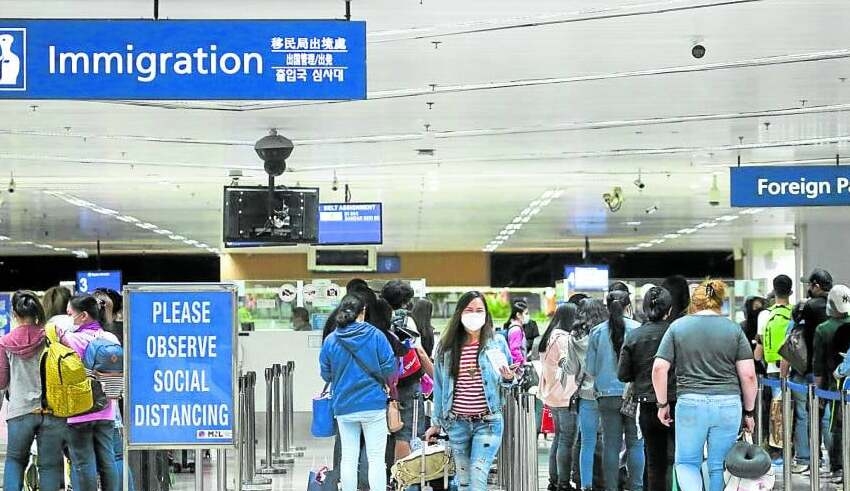 The technical malfunction at the Ninoy Aquino International Airport (NAIA) on New Year’s Day that grounded over 300 planes will be looked at by the Senate committee on public services, according to the panel’s chair, who declared the event to be one of “national security” and safety.

Senator Grace Poe explained the hearing’s purpose to the media in a statement on Monday, January 2: “The hearing will evaluate liability and attempt to identify solutions needed to avoid failures in the future.”
When NAIA resumes regular flight operations, Poe said she will schedule the hearing.

“We’ll look into it and tell them to provide a comprehensive report on what caused the purported problem and power outage. This poses a threat to national security. The effectiveness and competency of CAAP—the Civil Aviation Authority of the Philippines—are crucial for thousands of lives,” she said.
Senators Jinggoy Estrada and JV Ejercito both called for an investigation into the event.

For the nation, the errors were a “double black eye,” according to Estrada. “It destroys the image of the Philippines and affects the tourism industry,” he said in Filipino, as reported by DWIZ.

In addition, Senator Win Gatchalian called on the Philippine government to “do all in its power to ensure that this doesn’t happen again” and demanded that airport authorities take responsibility for the situation.

The demand for air travel in the nation has just returned to normal levels following the lifting of travel restrictions that were put in place at the height of the COVID-19 pandemic, he said in a statement on Monday. “It is unfortunate to see a crisis-like situation such as this at NAIA at a time when demand for air travel in the country has just been restored to normal levels.”

After the Philippine Air Traffic Management Center, which controls all flights in the nation’s airspace, went offline due to a power failure, communication, radio, radar, and the internet were all lost, affecting over 65,000 people, flights were delayed and cancelled.

Flights were also diverted or rerouted to airports in Singapore, Hong Kong, and Thailand due to the interruption.

According to Jaime Bautista, the secretary of transportation, power supply issues were the main reason for the operations’ interruption on Sunday, January 1.

A problem with the power supply and the deteriorated uninterrupted power supply, which had no connection to the commercial power and had to be manually connected to the other, were the main causes found. The equipment was impacted by the power surge that resulted from the power outage, which was the secondary issue, according to Bautista.

After the event, Bautista predicted that a “great amount of money” would be required to modernise the nation’s air traffic control system, which he said lagged behind its competitors in the sector by ten years.