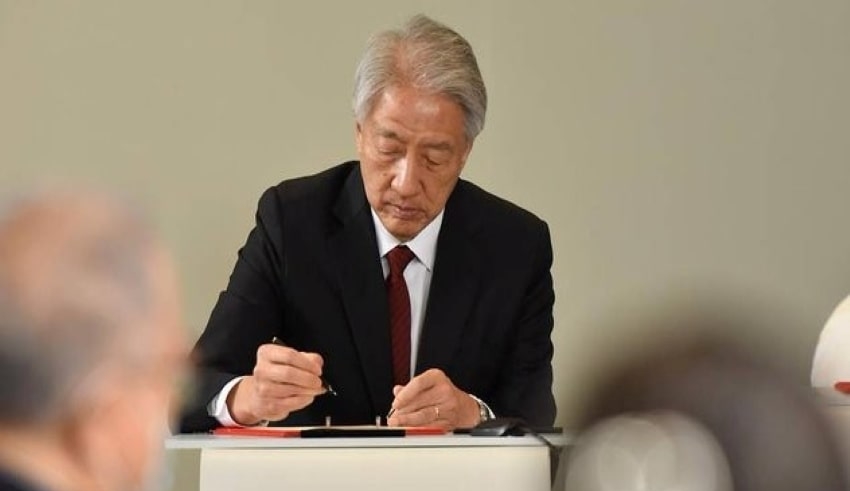 The Prime Minister’s Office (PMO) stated yesterday that Teo Chee Hean will be the acting prime minister in the event that PM Lee is away.
(C) CNA

The Prime Minister’s Office (PMO) stated yesterday that Teo Chee Hean will be the acting prime minister in the event that PM Lee is away.

After Deputy Prime Minister Heng Swee Keat, who is supposedly the one to be acting prime minister in PM Lee’s absence, withdrew from his role as the next prime minister,

PM Lee has announced as an answer to the questions of the media that Teo will be reinstated to the role.

Teo, who is also Coordinating Minister for National Security, used to be the acting prime minister when Lee was away until Heng was appointed as the leader of 4G team and selected to be the deputy prime minister.

Lee said: “Now that DPM Heng has stood aside as leader of the 4G, I am reverting to the previous arrangement, and will in future appoint Teo Chee Hean as acting PM in my absence.

“This is the interim arrangement until such time as the 4G chooses a new leader from among themselves.”

PM Lee said that since DPM Heng has stepped down as the leader of the 4G, he is going back to honor the previous arrangement made and said that Teo Chee Hean will be the appointed acting PM in his absence.

Lee also added that this arrangement is temporary and will only last until 4G has chosen a new leader from among themselves.

Earlier yesterday, Heng took himself out of the running for the top job, two-and-a-half years after emerging as the frontrunner to succeed Lee.

After almost three years of being in the lead to be Lee’s successor, Heng has stepped down from his role. He said that there’s only little time, considering that he’s almost in his mid-60s in the time he takes over the role of the prime minister after the Covid-19 crisis is over.

In two weeks’ time, it is expected to be declared that his finance minister portfolio will also be renounced in the next Cabinet reshuffle.

On the other hand, the 4G leaders is requesting Lee to continue his role as the PM due to the unexpected turn of events of Heng stepping down as their leader. The 4G team has told the media in an issued statement that it will take more time to choose another leader due to this setback and that being the case, they have asked Lee to stay in his position as the prime minister until the successor is chosen and is ready to take on the role.