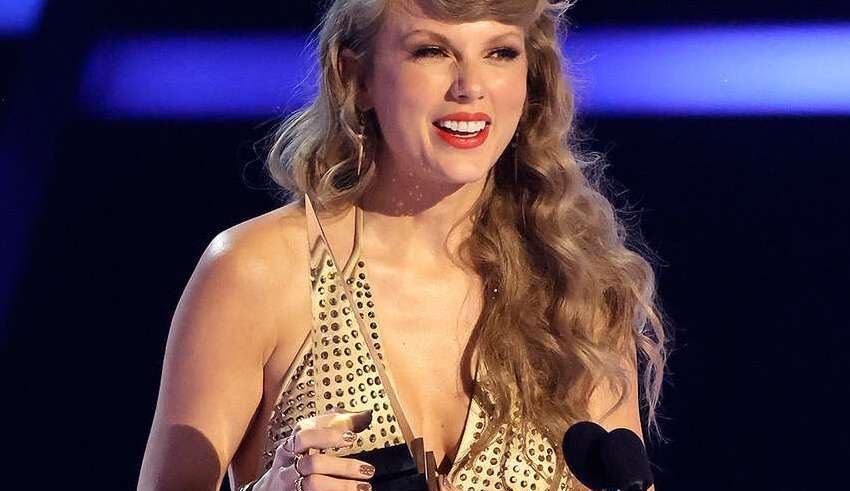 Taylor Swift earned the most coveted award at the American Music Awards, when she was crowned artist of the year in the world's largest fan-voted ceremony
(c) People

Taylor Swift earned the most coveted award at the American Music Awards on Sunday, November 20, when she was crowned artist of the year in the world’s largest fan-voted ceremony.

After releasing four original albums and two re-recordings in the past three years, the “Anti-Hero” singer thanked voters for their support.

“I cannot convey how incredible it is to me that I still do this and that you still care,” she remarked during the Los Angeles awards ceremony.

Swift’s re-recording of her 2012 album Red won the award for favorite pop album earlier. In response to a conflict with her former record label, the 32-year-old singer has begun re-recording her previous albums. She stated, “I cannot express how much my re-recorded albums mean to me, but I never expected or assumed they would mean anything to you.”

Swift did not discuss last week’s scandal surrounding Ticketmaster’s sales for her upcoming tour, which were riddled with errors and resulted in an apology from the firm.

Swift topped Beyonce, Harry Styles, The Weeknd, Drake, Adele, and Bad Bunny in the category for artist of the year.

Wayne Brady, a comedian and host, rapped in his speech. In reference to Will Smith’s infamous attack on Chris Rock at the Oscars, Brady remarked, “Nobody’s getting slapped today.”

Machine Gun Kelly, wearing a purple costume with long silver spikes, was selected as the most popular rock musician.