The Asian Affairs > Latest News > World > The death toll from monsoon flooding in Pakistan has surpassed 1,000 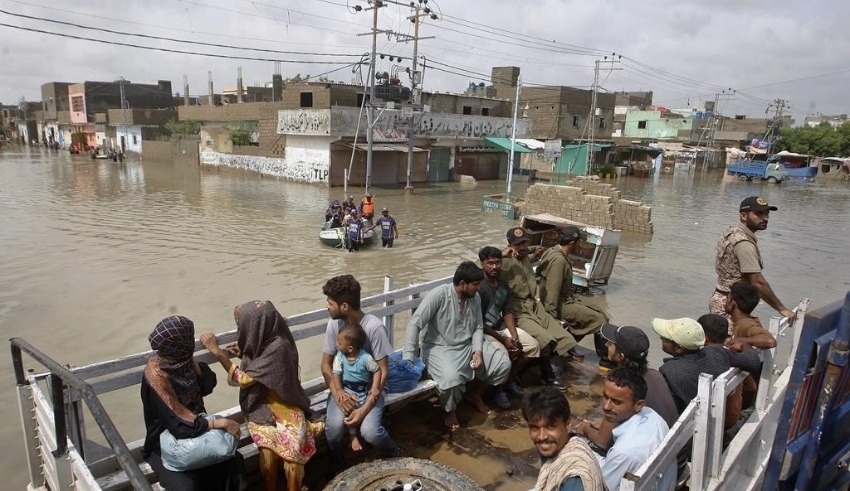 It was reported that 119 people had perished in the previous twenty-four hours as severe rains continued to hit various sections of the Pakistan country.
(c) MyMcMurray

The National Disaster Management Authority of Pakistan said on Sunday (August 28) that the number of people who have died as a direct result of the monsoon flooding that has been occurring in Pakistan since June has reached 1,033. (NDMA).

It was reported that 119 people had perished in the previous twenty-four hours as severe rains continued to hit various sections of the country.

Across the Indian subcontinent, the yearly monsoon is necessary for irrigating crops and replenishing lakes and dams, but it also brings a wave of damage every year.

Toyota limits domestic output by 4,000 cars in July due to bad weather

More than 33 million people, or one in seven Pakistanis, have been impacted by the monsoon flooding that occurred this year, and officials estimate that almost one million homes have been completely destroyed or severely damaged.

According to the NDMA, more than two million acres of agricultural land have been destroyed, 3,451 kilometers of roads have been damaged, and 149 bridges have been washed away.