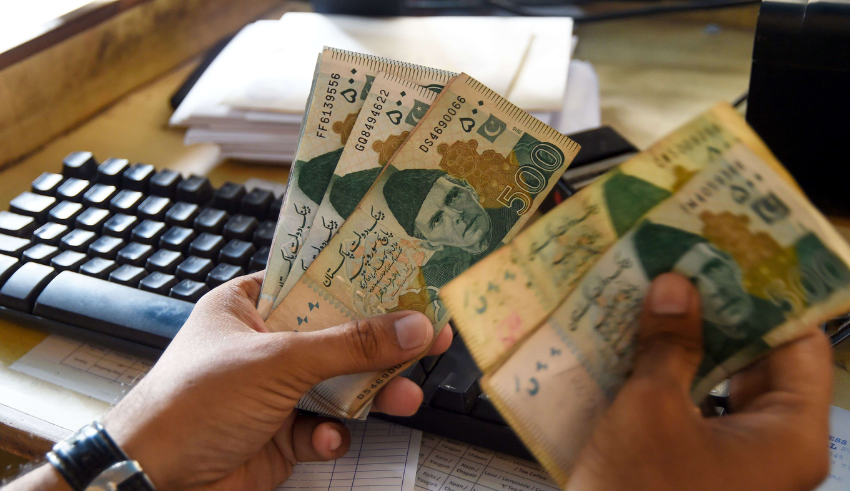 According to data released by the central bank on Friday, the Pakistani rupee gained 0.24 percent, which is equivalent to 57 paise, versus the United States dollar, and finished the day at 239.37. This comes after a two-week losing streak against the dollar.

When the market began for business on Monday, the first trading day of the week, the exchange rate stood at 228.37 rupees to one dollar.

The decline in the value of the currency relative to the dollar has exacerbated an already challenging economic predicament in Pakistan, which is already dealing with dwindling reserves of foreign currency and a current account deficit.

“There are some political positives that could have helped a slight recovery in the rupee, but mainly it is the payment pressure vs. inflows. If there is a mismatch tomorrow, there could be further devaluation,” the head of research at Ismail Iqbal Securities, Fahad Rauf, made this statement.

On Thursday, Pakistan’s foreign exchange reserves dropped by $754 million to a total of $8.57 billion, marking another dramatic dip in the country’s quickly dwindling coffers. These funds cover less than two months’ worth of imports.

During the month of June, Pakistan’s imports and purchases of petroleum-related goods reached record monthly highs. The company’s current account deficit for the fiscal year that concluded on June 30 was $17.4 billion, which is more than quintuple the $2.8 billion that was recorded in the previous fiscal year, 2020-21.

Moody’s, Fitch, and S&P are the three rating agencies that have changed Pakistan’s outlook from stable to negative. The reason given for this change is that Pakistan is facing increased pressure from the external financing market.

“The negative outlook reflects growing risks to Pakistan’s external liquidity position over the next 12 months amid an increasingly difficult economic landscape,” S&P acknowledged as much in a statement released on Thursday; the rating agency is the most recent to update its forecast.

The International Monetary Fund (IMF) and Pakistan have come to an agreement at the staff level that will clear the way for the release of 1.17 billion dollars.