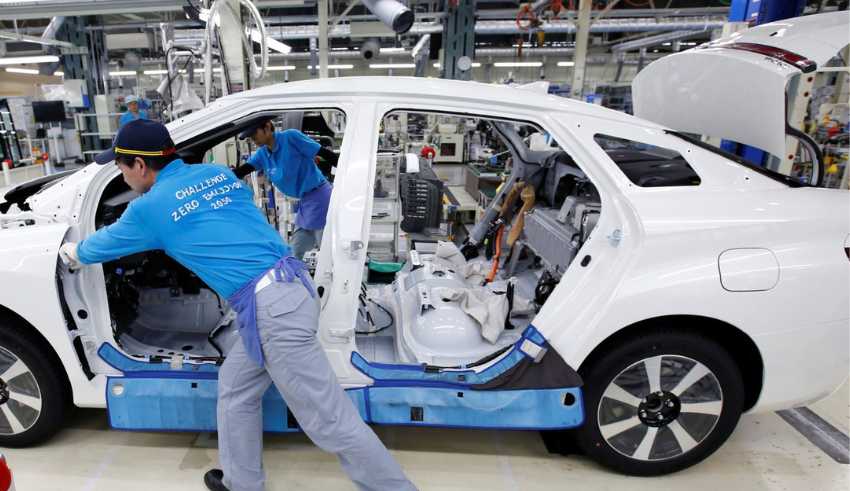 Heavy rain disrupted supplies which raised possibility that Toyota Motor Corp. to fall short of target for the month of July, reduce production by around 4,000 vehicles
(c) Sky News

According to a statement released by Toyota, the company is being forced to halt production at a total of three lines in two of its domestic facilities because of the effects that heavy rains have had on the procurement of parts, particularly in its home prefecture of Aichi in central Japan.

The temporary stop, according to a representative for Toyota, will certainly make it impossible for the company to meet its global production target of approximately 800,000 vehicles for the month of July. In recent months, Toyota has had difficulty meeting its global production goals. This has been caused by a combination of factors, including a lack of available semiconductors and the impact of COVID-19-related lockdowns in China.

According to the manufacturer, the most recent setbacks began on Wednesday night during the night shift at one line, and they are scheduled to begin tomorrow at the other two lines. They will continue through Friday. One of the assembly lines is located at the Takaoka facility, which also produces the RAV4 and the Harrier sport utility vehicles.

A New Commodity Markets For Indonesia

The other two are located in a Toyota Industries Corporation factory that also manufactures RAV4 vehicles, including a plug-in hybrid variant of the vehicle.

Due to supply constraints, Toyota recently made the announcement that it will no longer take orders for the current generation of the Harrier. This decision was made because the automaker is currently unable to satisfy customer demand.

On Thursday, it is anticipated that the production numbers for June will be made public.