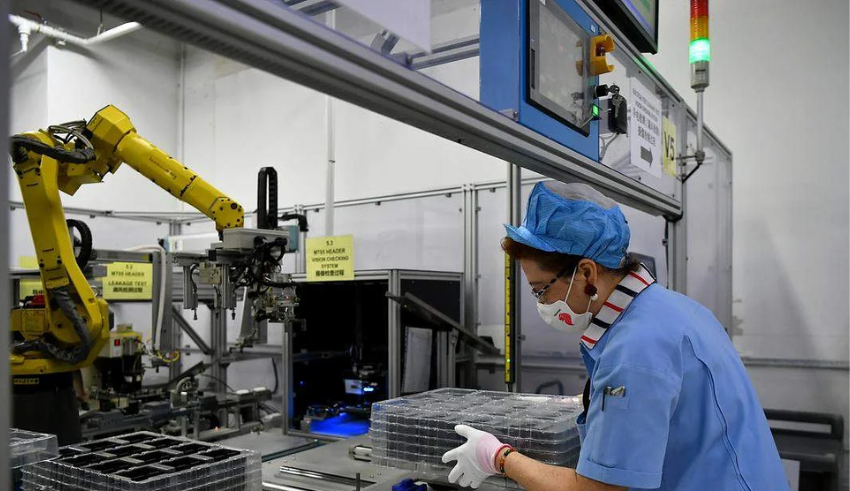 Annual growth in Singapore's manufacturing output slowed to 2.2% in June, growth in June was lower than the revised 10.4% year-over-year growth in May
(c) The Business Times

Annual growth in Singapore’s manufacturing output slowed to 2.2% in June, as declines in the semiconductor and pharmaceutical industries weighed on the industry.

Data released by the Economic Development Board (EDB) on Tuesday, July 26th, showed that, when excluding biomedical manufacturing, factory output in June climbed 4.2% year over year.

Growth in June was lower than the revised 10.4% year-over-year growth in May.

The manufacturing sector experienced an 8.5% month-on-month decline in June, according to revised data. Assuming removal of the biomedical industry, output fell by 6.9%.

The transport engineering subsector saw the greatest year-over-year increase in output in June, at 32%. Increasing demand for marine and offshore engineering services helped drive a 44% increase, with growth driven in part by an increase in offshore and ship repair projects.

As a result of the relaxation of worldwide air travel restrictions, EDB reports a 32.2% growth in the aerospace sector due to increased production of aircraft parts and an increase in MRO work for commercial airlines.

“In the first six months of this year, the output of the transport engineering cluster expanded 17.7 percent compared to the same period in 2021,” the development board said in a statement to the press.

All subsectors of the manufacturing industry contributed to a 10.1% increase in overall output in June.

The printing industry expanded by 12.2%, while the food, beverage, and tobacco industry rose by 9.7%, with increased output of beverage and milk products.

The manufacturing sector grew by 9.5% as a result of the increased output of structural metal goods and clothing.

A year-on-year increase of 5.6% was seen in precision engineering output for the month of June. The increased production of machinery used in the semiconductor industry was substantially responsible for the 6.4% expansion in the machinery and systems sector.

The manufacture of plastic and metal precision components contributed to a 4.7% increase in the precision modules and components subsector.

The production of electronic goods increased by 2.3% year-on-year in June. In terms of output, there were 38% gains in the info comms and consumer electronics sector and 4% growth in the computer peripherals and data storage sector.

However, with less demand for exports to China, production in the semiconductors and other electronic modules and components sectors declined by 2.6% and 23.5%, respectively.

In June, production fell in the biomedical manufacturing cluster, down 9.2 percent from the same month a year ago. According to EDB, a decrease of 24.9% in the pharmaceutical sector can be attributed to a shift in the production of active medicinal ingredients.

Demand for medical devices in the United States and China contributed to a 14.3 percent increase in the medical technology sector.

The chemical industry saw an 11% drop in output compared to June of the previous year. Increases in food additive manufacturing drove a 3.9% expansion in the specialty sector.

Production drops were reported by both the petrochemicals and other chemicals sectors during periods of scheduled plant maintenance, with EDB citing a decrease in fragrance production in both.