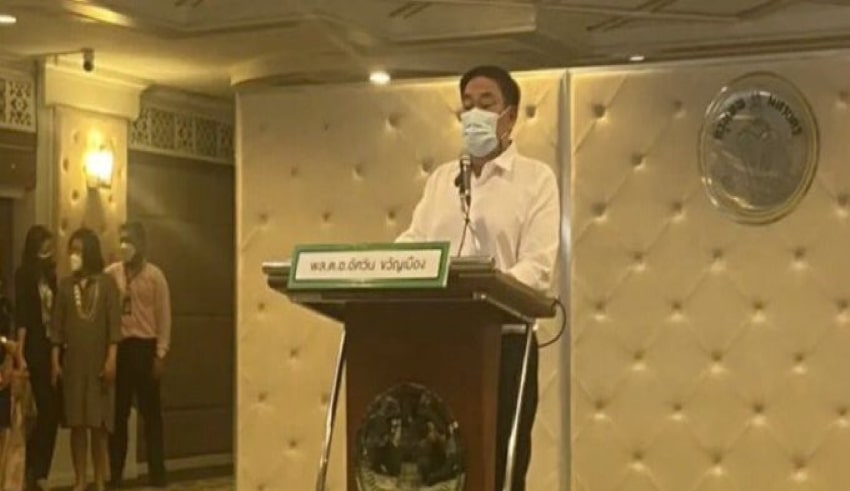 Thailand – After much anticipation, Pol Gen Aswin Kwanmuang announced his resignation as Bangkok governor and plan to run as an independent in the city gubernatorial election expected in May.

In view of this, Pol Gen Aswin, who was appointed by the coup-engineer National Council for Peace and Order in 2016, which was shared yesterday that he has submitted his resignation to Interior Minister Anupong Paojinda. He said he will run for a “renewed term”, to complete the work he had initiated over the past “five years, five months and five days” on the job.

Speaking at City Hall, he said he had put into action ambitious policies which his predecessors failed to implement over the previous 10-20 years. He wanted to remain Bangkok governor to complete this development.

Pol Gen Aswin said he would contest the election as an independent, before adding he has the support of the Raks Krungthep group. He promised to be open to ideas from young people and people with disabilities.

He will introduce his team for the Bangkok council and all the issues over the past five years were tough, but I managed to solve them. He give myself half the total score for my past performance and he will run for a renewed term to get the other half of the score.

He previously served as a deputy of former city government. Pol Gen Aswin is the latest high-profile figure to join the gubernatorial race set for May 22. Other independent candidates include Chadchart Sittipunt, Sakoltee Phattiyakul and Rosana Tositrakul. Those representing parties are Suchatvee Suwansawat from the Democrat Party, Move Forward Party’s Wiroj Lakkhanaadisorn and the Thai Srang Thai Party’s Sita Divari.

Morever, Pol Gen Aswin describes his rivals as capable people and said voters are fortunate to have many good candidates to choose from. But if people feel they are out of candidates to pick, take a look at him.