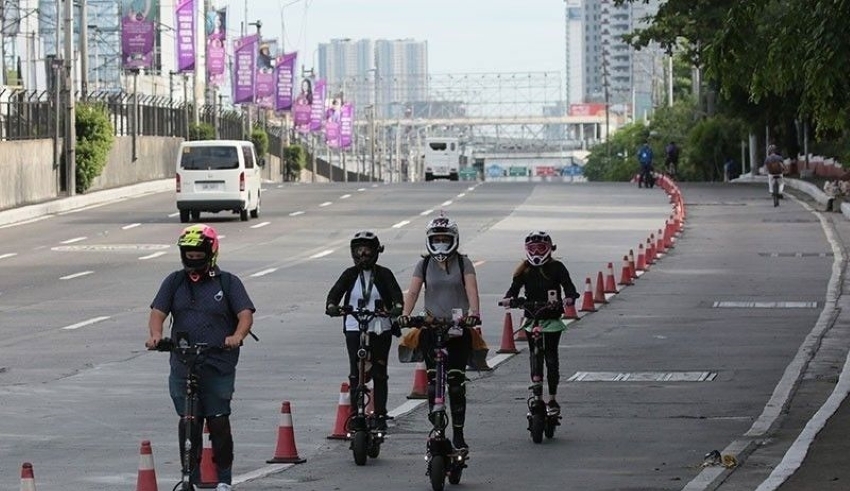 The Metropolitan Manila Development Authority (MMDA) has announced that it will strengthen rules regarding the use of electric bicycles and scooters.
(C) Philstar

Philippines – The Metropolitan Manila Development Authority (MMDA) has announced that it will strengthen rules regarding the use of electric bicycles and scooters.

We will do this because of the increasing number of motorbike accidents. Victor Núñez, MMDA’s Department of Traffic Discipline, said authorities were tolerant of enforcing regulations on the use of electronic bicycles due to the lack of public transport during the height of the Covid epidemic.

During this time, many commuting employees  found it more convenient to ride a manual  or electric bike than to ride a bus or jeepney for hours.

With fewer jeepneys and other public transport, more commuters are expected to switch to alternative modes of transportation such as electric bicycles.

Núñez also states that electric bicycles and scooters are becoming more and more popular among young people. He expects the number of electric bikes to increase dramatically as face-to-face classes resume shortly.

The same is true of electric bicycle-related accidents, Nunez said. Last year,  MMDA reported 346 traffic accidents related to electric vehicles in Metro Manila. From January to May of this year,  82 accidents occurred. Critics immediately opposed the MMDA move, saying the government needs to encourage the switch “PeopleMover” as a solution to traffic congestion, increased air pollution and rising fuel prices.

This means that electric bicycles are well established. Globally, the electric bicycle and scooter market is expected to grow from $ 20.71 billion in 2021 to $ 23.38 billion this year.

The potential of the electric bicycle market  in the Philippines  is equally attractive. According to a 2017-2022 survey by ResearchAndMarkets.com, electric and electric bicycles have become important coping mechanisms for  Filipinos who have financial problems during the first 18 months of the pandemic.

In 2021,  LTO announced a policy that set specific rules for electric bicycles. Basically,  electric bicycles and scooters at 25 km / h are not eligible for registration. You do not need to get a driver’s license.

However, the policy also limits such electric bikes to barangay roads and bike lanes. A

electric bike with a top speed of 50 km / h must be registered with LTO and its user must have a driver’s license.
All electric bicycles and scooters can only cross the national highway if they cross another barangay road.

Nunez has revealed that  MMDA does not want to ban electric bicycles and scooters.

“When using an EV, you only need proper discipline and true attention, and you only need to know about EV road restrictions,” he said. The

MMDA is a good place to start a comprehensive information campaign before the rules for electric bicycles are fully enforced. It should be emphasized that traffic safety and discipline are paramount, no matter which vehicle is being driven.