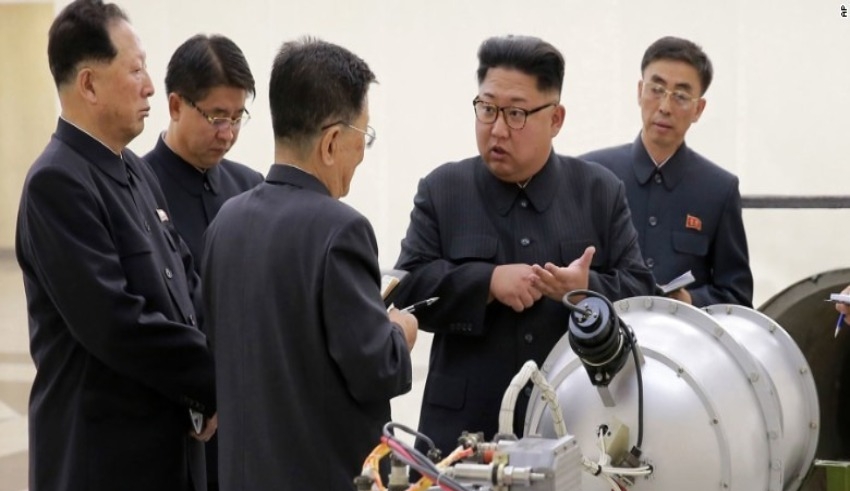 According to a study by the Center for Strategic and International Studies (CSIS), preparation work at the Punggye-ri Nuclear Test Facility's Tunnel No. 3 appeared to be complete and ready for a possible nuclear test.
(c) CNN

NORTH KOREA: According to a US-based think group, North Korea looks to be expanding work at its nuclear test site to include a second tunnel, as South Korean and US authorities fear North Korea could perform a nuclear test at any time.

According to commercial satellite photos, preparation work at the Punggye-ri Nuclear Test Facility’s Tunnel No. 3 was seemingly complete and ready for a probable nuclear test, according to a report by the Center for Strategic and International Studies.

Between 2006 and 2017, North Korea conducted six underground nuclear tests at the facility.

For the first time, analysts noticed new construction activity at the facility’s Tunnel No. 4, “strongly implying an effort to re-enable it for potential future testing,” according to the study organization.

It stated that photographs taken outside Tunnel No. 3 revealed a retaining wall and some minor landscaping with small trees or plants, apparently in preparation for a visit by top authorities.

The two tunnels had never been utilized for nuclear testing before, and their entrances were blasted in 2018, when North Korea placed a self-imposed moratorium on nuclear and intercontinental ballistic missile testing (ICBMs).

North Korea’s leader, Kim Jong Un, has stated that he is no longer bound by the moratorium due to the United States’ failure to reciprocate during denuclearization talks, and the country has resumed ICBM testing this year.

According to South Korean authorities, North Korea is set to perform a nuclear test “at any time,” and the timetable will be determined by Kim.

When asked about the story, a spokeswoman for South Korea’s defense ministry said the country was closely watching developments on North Korea’s nuclear program with US intelligence officials but declined to elaborate.

After talks with US Secretary of State Antony Blinken in Washington on Monday, South Korean Foreign Minister Park Jin stated that any provocation by North Korea, including a nuclear test, will be met with a united, powerful response.

He asked China, North Korea’s only significant ally for years, to utilize its might.

Park also promised to work “as soon as possible” to restore an intelligence-sharing agreement with Japan in order to improve their reactions to North Korea’s nuclear and missile threats.

The General Security of Military Information Agreement (GSOMIA) serves as the foundation for trilateral security information exchange between South Korea, the United States, and Japan.

However, in late 2019, during a period of poor relations, South Korea pondered canceling the accord with Japan before making a last-minute decision to maintain it in the face of US pressure.

South Korean officials have stated that intelligence exchange with Japan has not been as seamless since then.