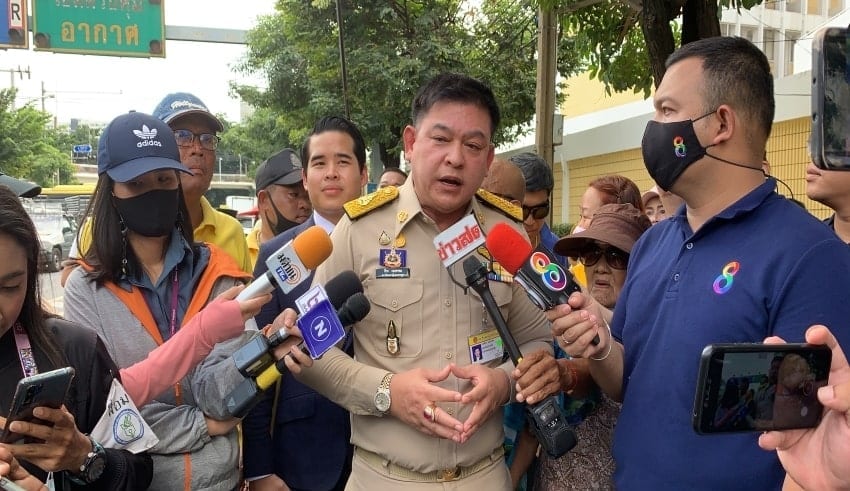 The current issue led to call a public prosecutor that will be summoned to be questioned by the House Law and Justice Committee to find out why the department did not indict Sakulthorn Juangroongruangkit who is the younger brother of politician Thanathorn Juangroongruangkit, for his position in a case in which two individuals were imprisoned for taking bribes.

Sira Jenjaka, MP of the Palang Pracharath Party highlights the 2019 ruling on the case and urged that in his capacity as chairman of the committee that Mr Sakulthorn was clearly involved in a criminal court verdict stating that he finance 20 million baht to two convicts, one of whom was a Crown Property Bureau official in the cause of obtaining a concession on a prime 12-rai plot in the Chidlom district.

In view of this, The two men were both jailed without the chance of parole for three years through punishment they did not challenge. On the other hand, Mr. Sakulthorn is Real Asset Development’s chief executive and the bribery case was sent to the Criminal Court for Corruption and Misconduct Proceedings, which convicted Prasit Aphaiphoncharn, an official of the Crown Property Office, and Surakit Tangwithoowanich, in November 2019 for taking bribes and forging documents while serving as a middleman for a land-lease deal.

What’s shocking is that both were found to have been in touch with Mr Sakulthorn and were proven to have persuaded Mr. Sakulthorn that they could help him circumvent the land-leasing procedure of the Crown Property Bureau in exchange for a 20 million baht payment.

In order to trick Sakulthorn into paying them money, the court found them guilty of fabricating records.

Consequently, Pol Maj Gen Suwat Saengnum who is the commissioner of the Crime Suppression Division (CSD), assured that CSD is continuing to investigate the suspected involvement of Mr. Sakulthorn. He also made it clear that only the two convicts were convicted and then tried because the prosecutors split the entire case into two bribe takers and bribe providers.

He even added that it takes quite a lot of time to map this case’s money trail and provide a solid evidence before it is possible to sue any other suspects. Morever, The CSD investigators are intending to summon Mr. Sakulthorn to be questioned in the near future.