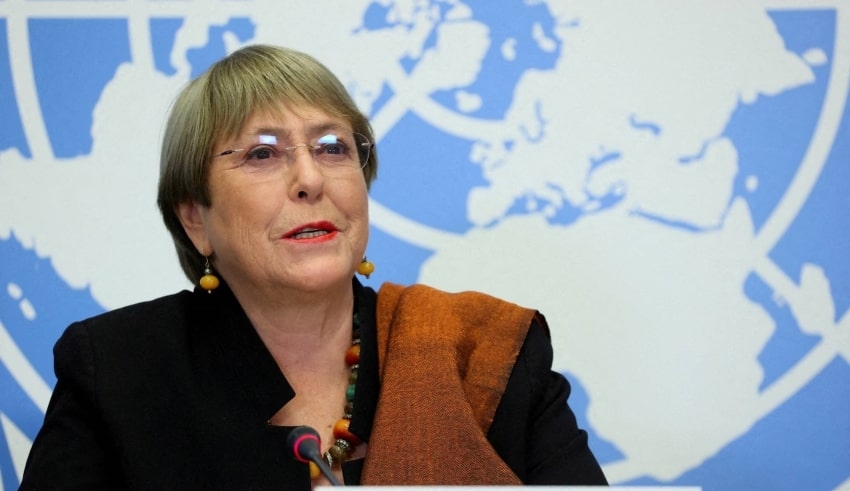 The UN rights chief will go to China's Xinjiang province next week for a visit that will be closely scrutinized by the world community amid demands that she speak out against crimes against the country's Uyghur minority.
(C) Japantimes

Asean – The UN rights chief will go to China’s Xinjiang province next week for a visit that will be closely scrutinized by the world community amid demands that she speak out against crimes against the country’s Uyghur minority.

Michelle Bachelet will begin a six-day trip to China on Monday, after years of asking for “meaningful and unrestricted” access to far-western Xinjiang, according to her office.

The visit, which is being hosted by Beijing, has been much anticipated and will be the first by a UN rights chief since Louise Arbour in 2005.

Since taking office in 2018, Bachelet has been seeking access to all parts of China.

She has expressed worry about reports of widespread abuses in Xinjiang on many occasions, but has been chastised for not taking a firmer position.

The visit comes as human rights organizations put pressure on her office to deliver a long-delayed assessment on the region’s circumstances.

In the pretext of combating terrorism and improving one of China’s poorest areas, Beijing has undertaken a years-long campaign in the province.

Rights activists, on the other hand, accuse the governing Communist Party of severe human rights violations in the name of security, claiming that at least one million people, predominantly Muslim minority, have been imprisoned in “re-education camps.”

China’s treatment of the Uyghur minority in Xinjiang has been labeled “genocide” by the US government and parliamentarians in a number of other Western nations.

Beijing has strongly refuted the charges, calling them “the lie of the century” and claiming that its actions have reduced radicalism and improved people’s lives.

The UN rights office said in March that an agreement had been reached on planning a visit.

A preparatory team was sent to China many weeks ago to prepare for the visit, and has passed a rigorous quarantine in the nation, which is now experiencing new Covid outbreaks.

Due to Covid limitations, Bachelet will not be able to go to Beijing, but will instead visit Kashgar and Urumqi in Xinjiang.