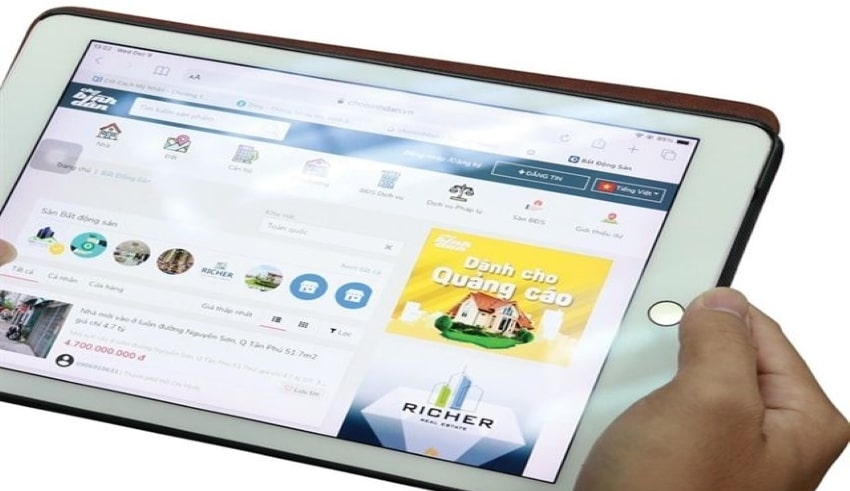 Foreign and domestic investors have been looking at the Vietnamese property technology (proptech) with great interest and plan into taking a larger share of the country’s US$500-million market.
(C) thestar

Foreign and domestic investors have been looking at the Vietnamese property technology (proptech) with great interest and plan into taking a larger share of the country’s US$500-million market. An estimate of about 100 proptech companies are located in Vietnam where 80 per cent are either foreign-owned or receive foreign funding. Last week, one of the most recent investments, hotel booking platform Go2Joy Vietnam has taken up additional $1.3 million from Republic of Korea (RoK) venture capital firm SV Investment.

The travel tech start-up has already raised an investment of $6.1 million over the previous year. The start-up has closed a Series A funding round of $2.5 million, led by STIC Ventures, KB Investment, Wonik Investment Partners and Wadiz Platform, in February 2020, and received $2.3 million in a Series A+ funding round led by HB Investment and Platform Partners Asset Management just a few months ago.

Whereas, another Vietnamese proptech start-up, Citics received an investment funding of $1 million in a pre-Series A round from international and domestic investors in March. Singapore’s Vulpes Investment Management and the RoK’s Nextrans and The Ventures took part in the investment. It had acquired $700,000 coming from angel funders.

Vietnam’s Homebase said in March that it had raised US$125,000 from Y Combinator (YC) which is an accelerator based in the US. It had also acquired investment in a pre-Series A funding round last December which was led by VinaCapital, US venture capital company Pegasus, and Singapore’s 1982 Ventures. While A.Plus Home acquired $8 million coming from Japan’s Daiwa PI Partners

Proptech businesses in Vietnam would increase in popularity and importance as $21 billion property market worth and proficient young modern technology users pave the way for it. Managing Director of Savills Vietnam Neil MacGregor stated that Proptech is capable of providing solutions to solve the country’s current real estate market problems that are being encountered in the early stages of its development.