The Asian Affairs > ASEAN News > According to China’s foreign ministry, Locsin and three other ASEAN foreign ministers will visit China. 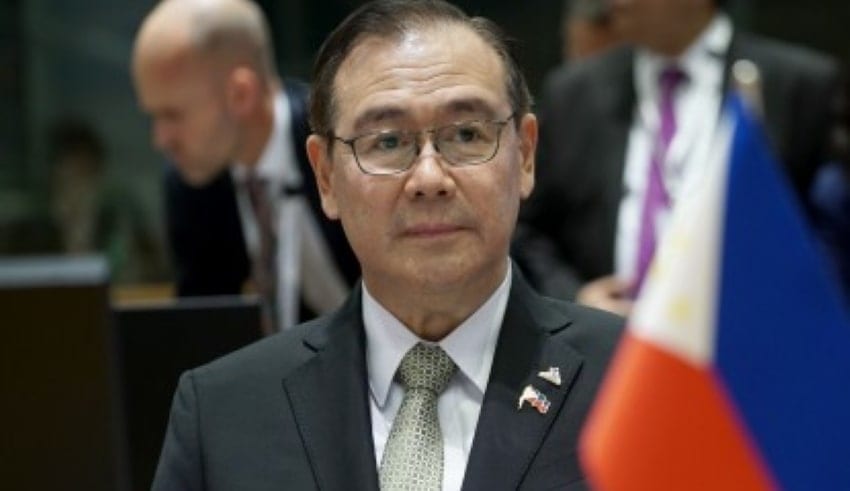 The Philippines' top diplomat and three other Southeast Asian foreign ministers will visit China from March 31 to April 2, according to a spokesperson for China's Foreign Ministry.
(C) pna.gov

MANILA- The Philippines’ top diplomat and three other Southeast Asian foreign ministers will visit China from March 31 to April 2, according to a spokesperson for China’s Foreign Ministry.

Locsin’s visit coincides with the continued presence of Chinese vessels in the Philippines’ exclusive economic zone in the West Philippine Sea, at the Julian Felipe Reef.

A Strengthened Collaboration Between Australia and Indonesia is being Anticipated

Indonesia Seeks to be in the Biggest Innovation this Year

Intruding The Philippine Territory is Non-Tolerable

Unemployment in Singapore declined for the fourth consecutive month in February

The visit, according to Hua, is expected to strengthen relations between China and ASEAN member states (ASEAN).

The establishment of China-ASEAN relations is being commemorated this year for the 30th time.

Since March 7, the Philippines has protested the presence of approximately 200 Chinese vessels at the Julian Felipe Reef (Whitsun Reef) and requested that they be withdrawn.

a retired individual Senior Associate Justice Antonio Carpio of the Philippine Supreme Court cautioned that it might contribute to the occupation of the reef and the construction of a naval base, as China did on Mischief Reef in 1995.

The Chinese Embassy in Manila refuted claims that the vessels were part of Beijing’s militia, identifying them as fishing vessels seeking refuge from “rough sea conditions.” It also claimed emphatically that the reef is part of their territory.

The US, Japan, Australia, Canada, and the UK have all expressed concern about China’s incursion into the West Philippine Sea.

In 2016, a United Nations-backed arbitration court invalidated China’s wide claims in the South China Sea, which include the West Philippine Sea.

China has been chastised for asserting hostile claims to maritime resources and energy-rich rivers, as well as militarizing features in those regions. Parts of the South China Sea are claimed by China, Taiwan, Malaysia, Vietnam, the Philippines, and Brunei.