The Asian Affairs > Thailand > WHO declares coronavirus a ‘pandemic’ 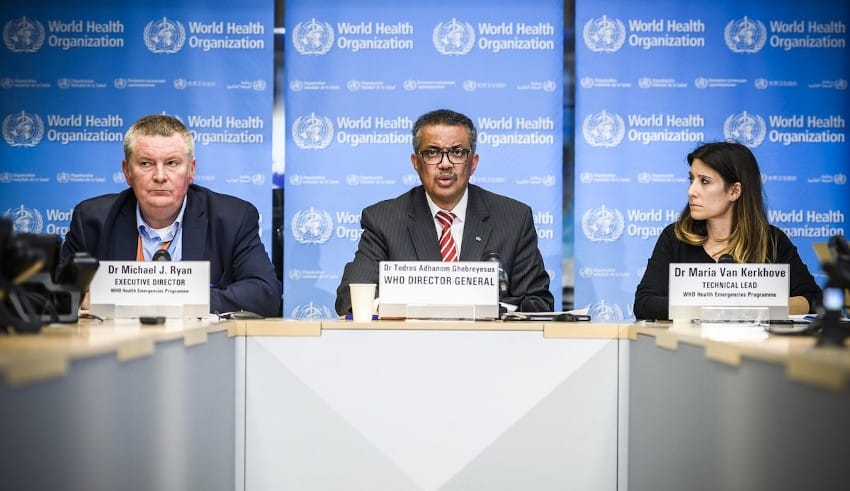 The World Health Organization called the new coronavirus outbreak a pandemic on Wednesday, issuing a grim warning that the global spread and severity of the illness was due to “alarming levels of inaction”.

The number of cases across the globe has risen to more than 124,000 with 4,500 deaths, including a jump in fatalities particularly in Iran and Italy, according to an AFP tally. The majority of cases have been in China where the outbreak first emerged in December, but as the number of new infections has steadied in the country, hotspots have emerged elsewhere — namely Italy, Iran and Spain.

The head of the UN’s top health body for the first time characterised the outbreak as a pandemic, meaning it is spreading in several regions through local transmission. “We have never before seen a pandemic sparked by a coronavirus,” WHO chief Tedros Adhanom Ghebreyesus said Wednesday, adding that the declaration would not change the organisation’s response to the outbreak.

Signs of a widening European crisis emerged Wednesday, with Ireland, Albania, Belgium, Sweden and Bulgaria registering their first deaths, while Italy clocked more than 2,300 new cases in the last 24 hours and infections in Spain jumped by a quarter to more than 2,100. The surge brought Europe’s total number of cases to more than 22,000, with 930 deaths, and the US said it was considering issuing a ban on travellers from the continent. Millions of people in Italy are grappling with a nationwide clampdown that has emptied streets, shuttered shops and disrupted train and air travel.

US President Donald Trump will make a primetime address Wednesday on the coronavirus crisis, his latest attempt to counter criticism of his response to the growing health and economic fallout from the pandemic. While markets remain uneasy, Covid-19 continued to rip up the schedules of musicians, sports stars and cultural figures as governments around the world banned large gatherings.