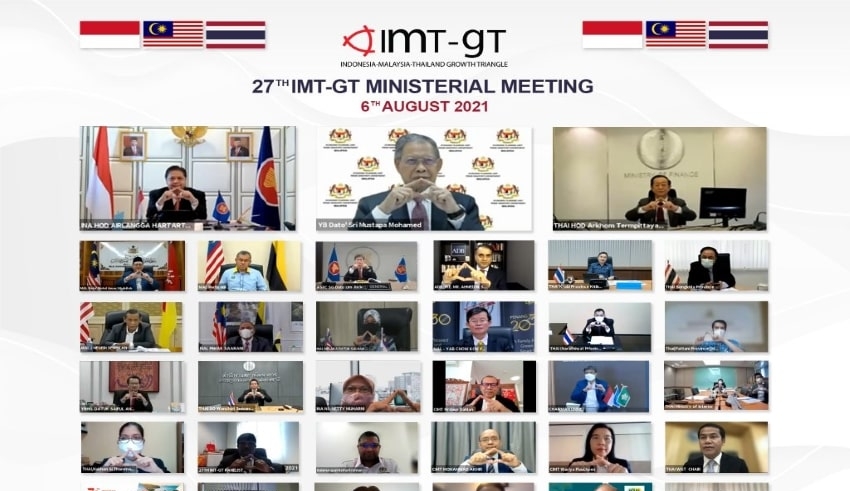 The 27th Ministerial Meeting of the Indonesia-Malaysia-Thailand Growth Triangle (IMT-GT) has focused on the post-Covid-19 IMT GT strategy, which targets the five major problems.
(C) imtgt

The 27th Ministerial Meeting of the Indonesia-Malaysia-Thailand Growth Triangle (IMT-GT) has focused on the post-Covid-19 IMT GT strategy, which targets the five major problems.

The Proposed Test Will Not Be A Witch Chase

In a press release after heading the online conference, he said that a corridor-based regional integration strategy; the importance of the private sector as a driver of economic growth; and empowering institutions in the IMT-GT sector are critical concerns in executing the post-Covid-19 set plans.

He added than on top of that, the emphasis should be on inclusive growth and more emphasis on the development of green and blue economies.

According to Mustapa, growth in the IMT-GT area would be centered on the Sustainable Urban Development Framework (SUDF) to promote the transformation of environmental, economic, and energy development.

Climate change, he added, is a potential concern that must be tackled promptly through the SUDF.

He warned that the countries would incur enormous losses if climate change is not handled immediately. As a result, coordination among IMT-GT members is required to develop a post-Covid-19 recovery plan, including the reopening of badly impacted sectors, particularly tourism.

According to the statement, a combination of 32 states and territories from the three IMT-GT member nations, totaling 85.1 million people, offers economic growth potential and a large market.

The meeting’s goal, which was attended by top IMT-GT officials as well as representatives from the ministries and state governments involved, was to discover the best method to integrate the three nations’ sub-regions in socioeconomic growth, business, and networking. At the end of next year, Thailand will host the 28th IMT-GT Ministerial Meeting