The Asian Affairs > Blog > Malaysia > A day after his visit, the state Chinese chamber chairman claims Najib is not welcome in Penang 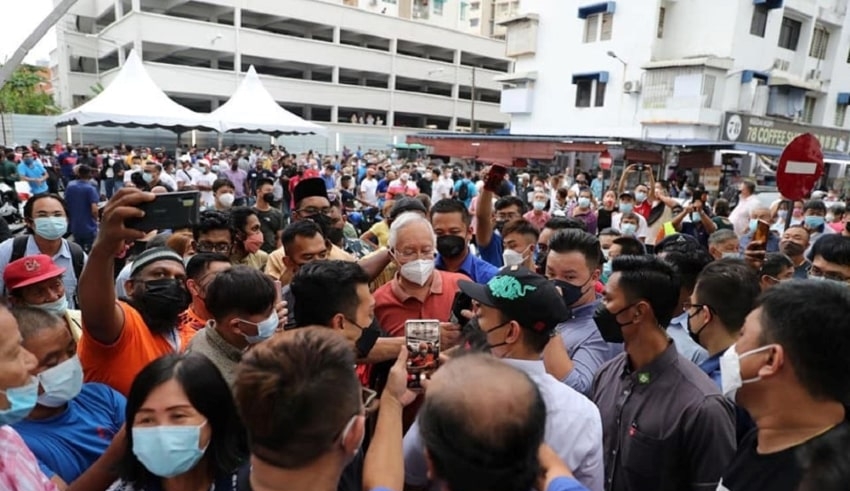 The Penang Chinese business community, according to its spokesman Hong Yeam Wah, would never welcome or invite corrupt politicians to the state or any of its activities.
(C) Khairy Jamaluddin

Malaysia – The Penang Chinese business community, according to its spokesman Hong Yeam Wah, would never welcome or invite corrupt politicians to the state or any of its activities.

The head of the Penang Chinese Chamber of Commerce (PCCC) informed Malaysiakini that members of the organisation had neither invited or greeted Umno politician Datuk Seri Najib Razak, who visited the city for the day yesterday.

Hong also looked irritated that another individual claimed to have intervened on behalf of Penang’s ethnic Chinese business community the day before.

He stated that he couldn’t possibly represent them. PCCC has been around for almost a century and has over 10,000 members from different sectors in Penang.

Hong was cited as adding, Almost all business people there are their members, not his members, referring to Federation of Malaysia Zhang Clan Association chief Anthony Chang.

According to the news portal, Najib was feted during his visit to Penang yesterday, with Chang asserting that the reception signaled the community’s support for the Pekan MP’s leadership.

They will neither invite or welcome Najib to their activities, nor will they welcome him to Penang, according to Hong.

The PCCC president refused to comment on other Penang community leaders who backed Najib, telling the portal that it was their business.

They would not have asked him to PCCC if he had not been invited. He was reported as adding that business people usually highlight the importance of leaders having integrity and being free of corruption.

He went on to say that Najib had committed a crime and was in Penang for a somewhat political event, but he underlined the PCCC’s position that leaders should not be corrupt.

Najib was convicted and sentenced to 12 years in prison for stealing RM42 million from SRC International Sdn Bhd, a former unit of the debt-ridden sovereign investment fund 1MDB, but he is allowed to travel while his appeal is heard in the Federal Court.

The former prime minister is also facing a host of criminal allegations related to 1MDB.

Yesterday, he paid a visit to the island state and delivered a speech at the Second Penang International Business and Investment Summit. Chang, a former PCCC president in 2018, allegedly stated that the Penang Chinese community lacked Najib’s leadership.