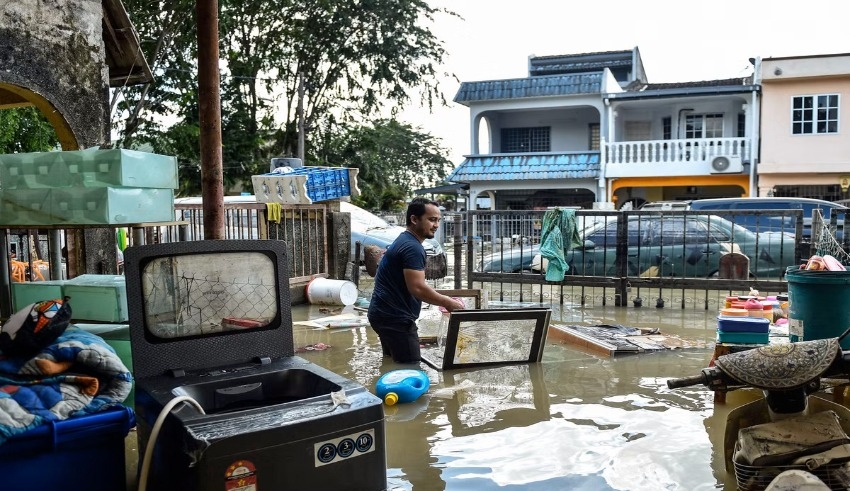 KUALA LUMPUR: Former Malaysian minister Mohamed Nazri Abdul Aziz replied to criticism over his idea that floods may be used to promote “voluntourism,” or volunteer tourism, on Monday (June 20).

Mr Nazri stated in an interview with Sinar Daily, Sinar Harian’s English portal, on Saturday that instead of wailing over the out-of-control flooding, Malaysia could look for chances by encouraging volunteer tourism.

He allegedly stated on Monday that voluntourism is a recognized tourism branch by the United Nations World Tourism Organization (UNWTO).

Voluntourism, he explained, refers to activities undertaken by people who travel to assist with disaster relief efforts, such as cleaning up communities or the shoreline, according to Malaysian media.

According to reports, the Member of Parliament (MP) for Padang Rengas stated that voluntourism has been used in nations such as Haiti and is nothing new.

According to reports, the former minister of tourism, arts, and culture also stated that he was not encouraging people to visit disaster zones to have fun, but rather to study and comprehend what voluntourism is all about.

Mr Nazri was chastised over the weekend for proposing that Malaysia’s regular floods should be turned into a tourist attraction.

As per The Star, he believes the possibility might be a silver lining for the country while it faces economic issues by enticing foreign tourists to participate in volunteer programs amid natural disasters.

Mr Syed Saddiq added that instead of promoting calamities like floods as a source of tourism, efforts should be taken to resolve them, according to Malaysiakini.

Mr Nazri’s views were also questioned by Young Syefura Othman of the Democratic Action Party (DAP). Her Pahang constituency of Ketari was one of the hardest impacted by the floods last December.

She said on Facebook on Sunday that Mr Nazri’s plan to use the flood catastrophe to promote volunteer tourism demonstrated his alienation from reality.

In December of last year and early this year, Malaysia saw some of its worst floods. When continuous rain affected numerous states, including Selangor and Pahang, more than 60,000 people were forced to flee their homes.

Damage to public infrastructure and private property was estimated to be worth RM6.1 billion (US$1.46 billion) by the authorities.