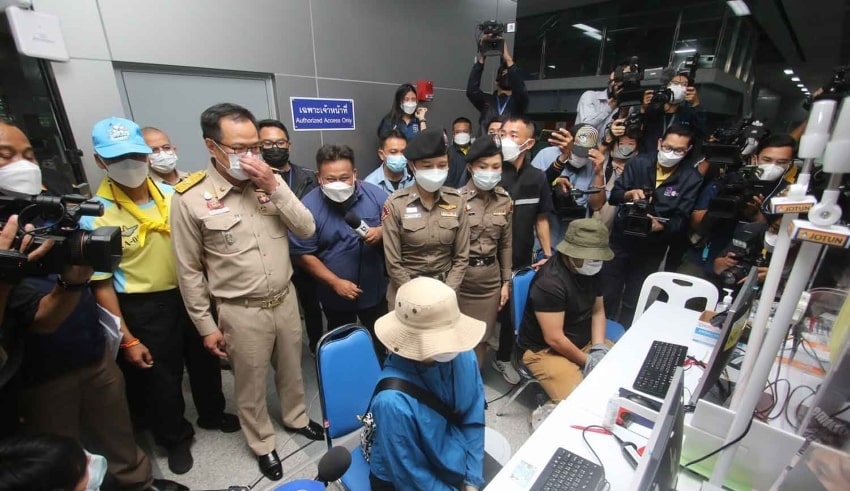 Unexpectedly, Seven suspects have been arrested for alleged involvement in the vaccination registration scam at Bang Sue central railway station in late July.

Along with this, Six were arrested earlier in Bangkok, Ratchaburi and Songkhla provinces. The seventh, Ms Bundhita, surrendered to police in Bangkok. The seven were volunteers assisting with the registration of people for Covid-19 inoculation appointments at the vaccination centre at Bang Sue Grand Station.

In late July, officials at the centre first detected irregularities, discovering that about 1,000 additional names were being loaded into the registration system every day after 8pm, when official working hours ended. On July 28, about 2,000 people queued up at Gate No 4 for inoculation even though only 384 people under the quota of the Foreign Ministry were expected to be vaccinated through that gate.

The unusually high number of people who turned up for vaccination led to an investigation. It was learned that most of who showed up had paid 400-1,200 baht each, as demanded by some people to get their names registered for appointments.

In addition to this, Siriluck Ubonnua, deputy director of the Bang Sue central vaccination centre, filed a complaint with Noppawong Railway Police, seeking legal action against people who were involved in the fraud. The Central Investigation Bureau (CIB) was assigned to investigate. About 200 people who were damaged parties were asked the testify. The scammers pulled in about 7 million baht.

Information from the witnesses led the CIB to obtain court warrants for the arrest of the seven suspects. They were charged with violations under the Computer Crimes Act.

Morever, A press conference about the arrests was held at Gate 1 of the Bang Sue central vaccination centre in the presence of Public Health Minister Anutin Charnvirakul.