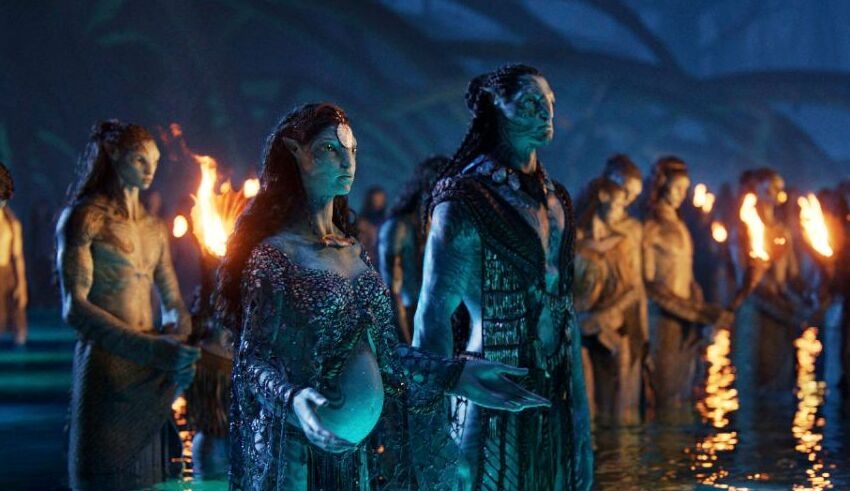 Four 'Avatar' movies are scheduled to be released between now and 2028, and the producer Jon Landau stated that the majority of the 3rd movie is already done.
(c) My TV Online

On Tuesday, December 6, thirteen years after releasing the highest-grossing picture of all time, Avatar, James Cameron finally debuted its long-awaited sequel in London.

Avatar: The Way of Water returns moviegoers to the fascinating world of Pandora, where the native blue Na’vi fought human colonists for the moon’s natural riches in the first film.

In The Way of Water, which is set more than a decade later, Sam Worthington and Zoe Saldana reprise their roles as Jake Sully and Neytiri, now the parents of five children.

The return of the “Sky People,” the Na’vi term for humans, in pursuit of Sully disrupts their tranquil existence in the paradisiacal forest. Sully, Neytiri, and their children migrate to a distant realm and seek sanctuary with the oceanic Metkayina clan in order to preserve their family and community.

The family, whose bodies and talents are adapted to woodland existence, must swiftly master the ways of the water in order to withstand the approaching threat of their opponent.

Did the Mouse from Sing Die?

“This was a decade-long labor of love, so it’s wonderful to finally be able to share it,” Worthington told Reuters during the film’s premiere.

“This is a heartbreaking narrative, it’s big, it’s extremely powerful, you hope it resonates (with viewers), but it’s not a carbon duplicate of the previous one; we’ve really extended the universe and this family unit.”

Saldana stated that revisiting her role was a “emotional” experience.

“It was both thrilling and terrifying since Jim had definitely increased the stakes for himself, which meant that everyone would face a brand-new obstacle,” she explained.

Kiri, the adoptive daughter of Neytiri and Sully, is portrayed by Sigourney Weaver. Her biological mother is played by Weaver in the original film, Dr. Grace Augustine.

“The entire experience was really incredible,” she remarked.

Avatar, which was released in 2009, is the highest-grossing film of all time, with over $2.9 billion in global ticket sales.

“I never doubted that this day would arrive since I had read all four screenplays,” producer Jon Landau stated, adding that the majority of the third picture had been shot.

“We will continue to explore new regions on Pandora and meet a variety of different tribes.”