The Asian Affairs > Latest News > ASEAN News > After protests, the Taliban put on a show of power with a parade 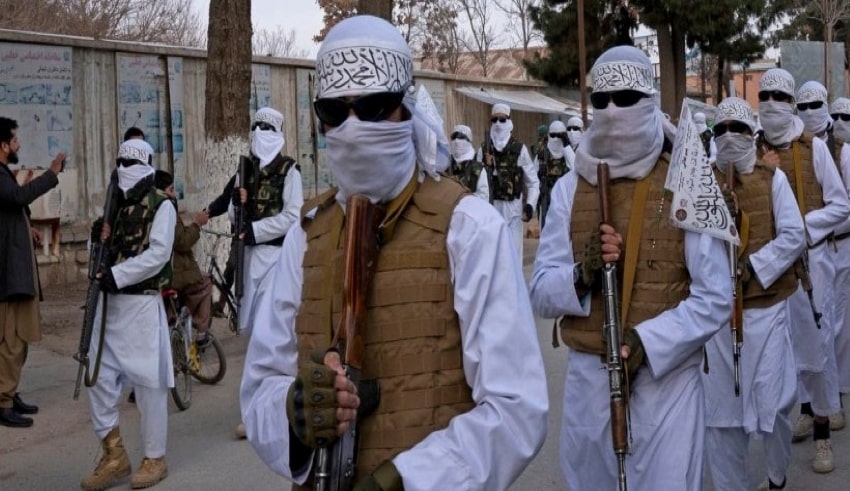 Taliban forces marched through a northwest Afghan city in a show of force, days after reinforcements were dispatched to quiet protests after the imprisonment of a popular leader
(C) guardian

Afghanistan – At the weekend, Taliban forces marched through a northwest Afghan city in a show of force, days after reinforcements were dispatched to quiet protests after the imprisonment of a popular leader.

After an Uzbek Taliban leader was jailed for apparent connections to an abduction scheme, wave of protests started last week in Maymana, the capital of Faryab province.

Fears of tensions between Uzbek and Pashtun people and Taliban forces arose as a result of the turmoil, with unsubstantiated claims of members of both ethnic groups being murdered in isolated fights.

“Hundreds of troops from neighboring provinces have been dispatched, and the matter is currently under control,” Latifullah Hakimi, a senior defense ministry official, told Reporters over the weekend.

During the Taliban’s lightning-fast summer takeover, dozens of more highly armed men in jungle camouflage rode on the backs of pick-up trucks and armoured vehicles captured from Afghan government and US soldiers.

Maymana residents lined the path, many of them stony-faced, filming the procession with their cellphone cameras.

“The situation is terrible two days ago due of the rally, but today it’s normal,” Rohullah, a 20-year-old merchant, remarked.

“The only issue we have is that people are unemployed… They are, nonetheless, quite pleased with the security.”

The display of force comes as Afghanistan’s new authorities struggle to transition from resistance to governing authority in a country on the verge of economic collapse, with the UN estimating that more than half of the population is starving.

Discipline among the ranks is becoming a problem, particularly in rural locations, with local commanders defying Kabul’s edicts or carrying out instructions according to their own whims.

The Taliban, promising a milder rule than their 1996-2001 dictatorship, have set up a committee to detect members who are breaking the rules, which has resulted in the dismissal of nearly 3,000 people. “We staged a military parade in the city to convince the residents that no one will be able to disrupt security,” said Jaweed, a Maymana commander who goes by one name like many others.