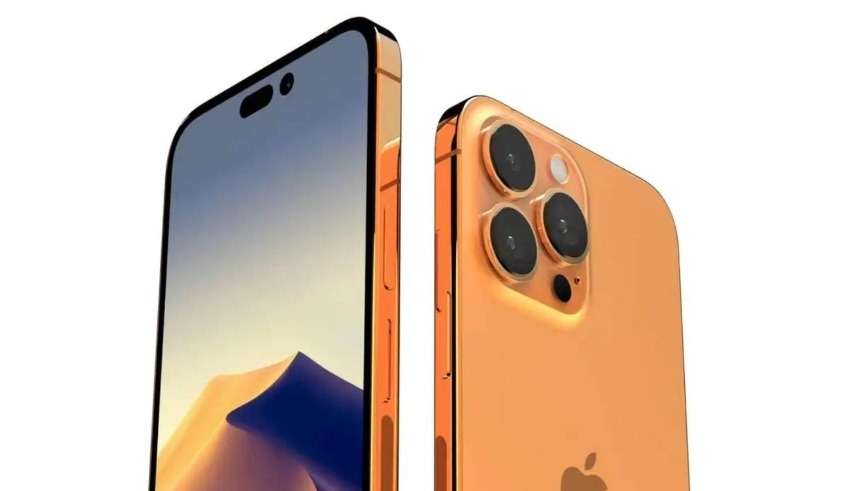 The new iPhone 14 has a battery that is more resistant to wear and tear, as well as improved camera capabilities that allow it to record "ultra wide" vistas.
(c) The Hans India

Apple introduced new iPhones on September 7 at pricing that are comparable to those of current models, despite inflation and supply chain issues. The company also introduced a premium digital watch with a price tag that is commensurate with its premium status.

A new digital identity system that eliminates the need for a physical SIM card was introduced by the tech giant during a presentation that lasted for ninety minutes at the company’s headquarters in California. The presentation did not include any unexpected surprises.

On Friday at eight o’clock in the evening Singapore time, pre-orders will be accepted. The iPhone 14 and iPhone 14 Plus will be available for purchase beginning on September 16 and October 7 respectively.

Beginning on September 16, you’ll be able to purchase the Pro editions.

The refreshed line of devices, which now also includes redesigned earphones, is intended to encourage client retention within the company’s lucrative technological ecosystem.

According to Le Xuan Chiew, an analyst at Canalys, “Apple continued its excellent growth in the first half of 2022, led by high demand for the iPhone 13 – which was the best-selling smartphone worldwide.” This statement was made in reference to Apple’s performance.

Following China’s zero-tolerance COVID-19 restrictions hampered manufacturing there, the analyst claimed that the ability to keep the costs of iPhones the same highlighted the benefits of expanding the supply chain to India. This was done after China’s policies.

Imagine a 30000 mah: Here’s the New Power Bank from Xiaomi

According to Wedbush analyst Dan Ives, the launch event highlighted Apple’s competence in the area of logistics.

The new iPhone 14 has a battery that is more resistant to wear and tear, as well as improved camera capabilities that allow it to record “ultra wide” vistas in low-light environments.

The phones also have a mechanism known as “emergency SOS” that enables users to send messages to emergency services even when they are outside of the range of WiFi.

The enormous 6.7-inch screen that comes standard on the iPhone 14 Plus makes for a more enjoyable experience when playing video games or watching videos.

Officials from the company promoted new digital watch goods featuring improved functionality. Prices start at S$599 for the Apple Watch Series 8, which can measure a person’s body temperature in addition to other bodily functions.

According to a press statement issued by Apple, the firm also introduced the Apple Watch Ultra, which has a starting price of S$1,199 and features a battery that is said to have a lifespan that is sufficient for elite athletes “to complete a long-course triathlon.”
An analyst from GlobalData Retail by the name of Neil Saunders said that the new items had “incremental improvements rather than startling new inventions,” and he added that the corporation “has done enough to boost demand by enticing consumers to upgrade and revel in its new products.”