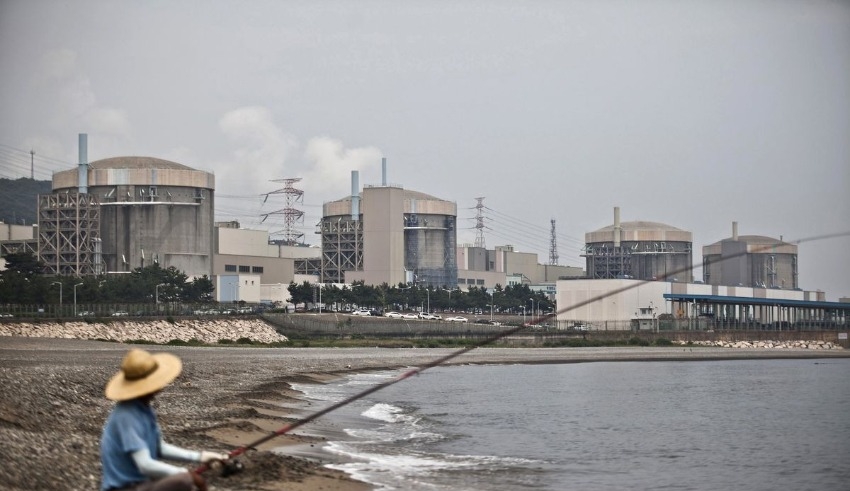 As a wake-up call to strengthen domestic sources of electricity, Seoul has brought attention to the energy crisis that Europe is experiencing due to the war.
(c) Bloomberg

Hwang Bun-hee, who is 74 years old and lives in a pink house near the ocean and is surrounded by a wild vegetable garden and the sounds of birds, is irritated every time she looks at her house because it is located just a few minutes’ walk from the Wolsong nuclear power station.

“In 1986, when I arrived here for the first time, there was only one reactor here. Now there are five,” Hwang remarked. “The fact that I can’t sell my property when I want to relocate is the worst thing that could happen.”

The new president of South Korea, Yoon Suk-yeol, who took office in May, is advocating for nuclear power to replace coal as the primary source of electricity in order to assist the country in meeting its climate targets and bolstering its energy security. The share of the nation’s power mix that comes from nuclear energy is currently at 27 percent, but the government plans to raise that number to 33 percent by the year 2030.

As a wake-up call to strengthen domestic sources of electricity, Seoul has also brought attention to the energy crisis that Europe is experiencing as a direct result of Russia’s invasion of Ukraine, which Moscow refers to as a “special military operation.”

In a nation that is roughly the size of the state of Indiana in the United States, there are currently 24 nuclear reactors. The government is proposing to add six more nuclear plants by the year 2036, bringing the total number of reactors in the country to 30. This has sparked serious concerns among hundreds of residents of South Korea who live in the most densely populated area in the world for nuclear power.

According to data compiled by an opposition lawmaker in 2019, there are approximately 5 million people living within 30 kilometers of the plants. The 24 reactors have the capacity to generate 23,250 megawatts and are concentrated in four locations, with anywhere from five to seven reactors in each location.

Nuclear specialists assert that the clustered reactors in South Korea do not raise any safety problems; nonetheless, some locals are skeptical of this claim.

“The cows have a few flaws to work out. Who knows why there have been miscarriages, but there have been,” remarked Kim Jin-sun, a cattle owner of 75 years of age who lives close to Wolsong.

“Even if I tried to sell my house and rice field so that I could go somewhere, no one would buy them.”

There are a lot of people in South Korea who are in favor of increasing nuclear power, but there is also a sizable minority who want to see it scaled back.

The results of a poll conducted by Gallup Korea from the 28th to the 30th of June on a sample size of 1,000 people in South Korea showed that 39% of respondents favored expanding nuclear energy, 30% wanted present levels to be maintained, and 18% called for cutting it back.

According to the data provided by the World Economic Forum for 2020, South Korea holds the fifth-place position worldwide for nuclear generation. This places it behind only the United States, China, France, and Russia.

Experts believe that the country’s manufacturing sector, which leads the world in terms of exporting chips, cars, display panels, and electric vehicle batteries, must rely on nuclear energy in order to keep the lights on and power its world-leading manufacturing industry. The country has a limited supply of natural resources.

“Because South Korea is able to provide the needs of other nations, the country has a high energy consumption rate in comparison to its total population. However, we are unable to cut back on our consumption of electricity because doing so would lead to our financial ruin,” according to Professor Chung Bum-jin of the Nuclear Engineering Department at Kyung Hee University.

According to Chung, the price of uranium accounts for less than ten percent of the total cost of power generation, and years’ worth of nuclear fuel can be stockpiled, in contrast to the bulkier oil, gas, or coal. This makes nuclear power less susceptible to the effects of fluctuations in the price of energy.

Hwang, who says that her diagnosed thyroid cancer is due to radioactive elements from the plant, has been actively attempting to have a law enacted over the past decade to pay relocation for citizens who live nearby. Hwang’s argument is that radioactive materials from the plant caused her disease. Hwang and a large number of worried locals who live in close proximity to the reactors have been holding protests outside of the plants and meeting with legislators for the past few years.

It was stated that the highest amount of tritium that was found in the urine samples of Wolsong residents between the years 2018 and 2020 was 0.00034 millisievert. This is significantly lower than the limit that is set for the general population, and the annual exposure is much lower than the radiation that occurs naturally.

According to Jeong Yong-hoon, a professor of nuclear and quantum engineering at Korea Advanced Institute of Science and Technology, the amount of radiation that was identified at Wolsong is comparable to the amount of potassium that would be consumed by eating six bananas each year (KAIST).