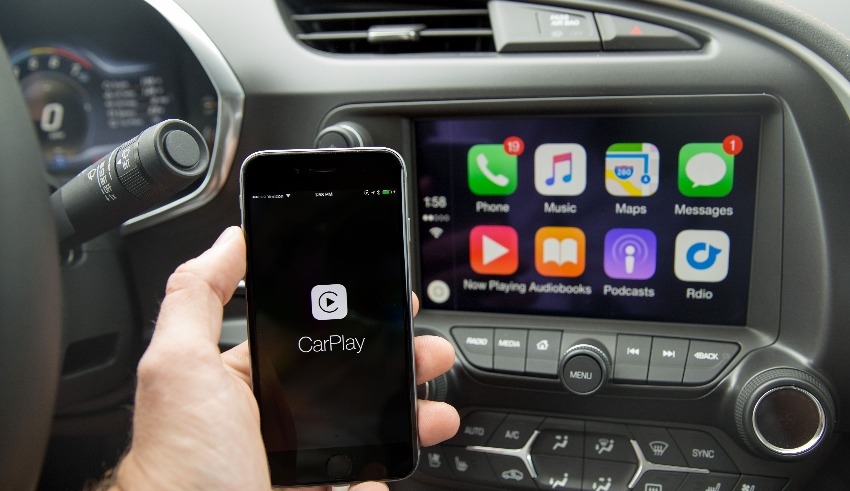 A company that offers its gasoline at 1,600 stations in the US, HF Sinclair, has confirmed that the new CarPlay technology will be used in the near future.
(c) TechCrunch

US: The latest version of Apple’s CarPlay software will allow you to buy gas directly from your dashboard as early as this fall, advancing the company’s efforts to transform your car into a marketplace for products and services.

CarPlay users will soon be able to pay petrol without having to insert or use a credit card thanks to a new feature introduced at Apple’s developer conference earlier this month. There have been no reports of Apple’s showcase for developers.

A company that offers its gasoline at 1,600 stations in the United States, HF Sinclair, has confirmed that the new CarPlay technology will be used in the near future.

A senior vice president of marketing for Sinclair said the firm was “excited” about the concept of customers being able to locate a Sinclair station and purchase fuel through their vehicle’s GPS system.

In an ongoing effort to make it possible to buy directly from the navigation screen, Apple has released a number of new fuel apps. In addition to apps for parking, electric vehicle charging, and ordering meals, it has now added driving task apps, such as logging miles on work trips, to the CarPlay storefront.

Motor vehicle owners face high fuel costs. About $455 more than in 2017 will be spent on gasoline by the average American household in 2022, according to an estimate from the US Energy Information Administration in April.

An analyst at Asymco and the founder of Micromobility Industries Horace Dediu said Apple’s business interest is putting the company at the forefront as cars morph into moving computers. When Apple publishes software upgrades this fall, the new capability will be available to hundreds of automobile models that are already compatible with CarPlay.

Installing an app from a gasoline company and entering payment information are prerequisites for using the upcoming CarPlay functionality on iPhones, which will be available starting in the fall of 2018. Using the app, consumers can tap on their navigation screen to activate a pump and pay.

Donald Frieden, CEO of Houston-based P97 Networks, which produces the digital plumbing that many gasoline companies will use to connect their apps to automobiles, said: “It’s a large industry, and consumers absolutely want friction out of payments.”

With Apple’s latest initiative, tensions are sure to rise among manufacturers who have their own plans for in-vehicle shopping.

Automobile manufacturers have tried in the past to popularize the practice of buying gas in the automobile, but they have been unsuccessful. Since then, General Motors Co. has discontinued its system “due to a supplier quitting the market,” the company said in a statement.

Fuel and other purchases aren’t the only things Apple is working on when it comes to integrating CarPlay with the vehicle’s driving systems.

Automakers are unlikely to pass up that data to Apple without making their own demands in conversations that analysts believe are already underway.

Mercedes-Benz CEO Ola Kaellenius said the company’s goal is “to have a complete, holistic, Mercedes experience” during a speech at the Reuters Automotive Europe conference in Munich on Wednesday.