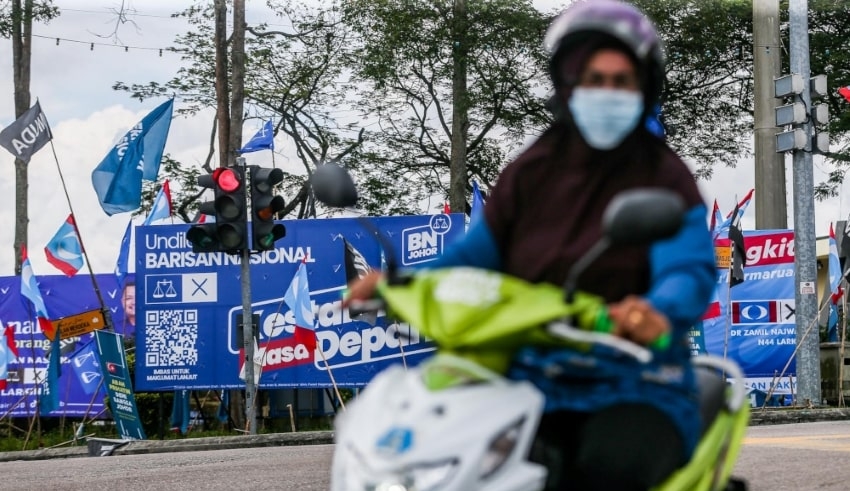 The Embassy of Ukraine in Singapore has received calls from people seeking to join the battle in Ukraine, according to the Ministry of Home Affairs
(C) Malay Mail

Malaysia – According to an Ilham Centre poll, Barisan Nasional (BN) is on track to establish the next Johor administration by securing at least 35 of the 56 state legislative seats where Malay voters account for two-thirds of the voters.

Opposition split, local psychographic, divided votes generated by multi-cornered elections, and a predicted lower voter turnout are among the primary variables that will give BN the lead, according to the think tank.

The major Opposition bloc, Pakatan Harapan (PH), is anticipated to win just 10 seats, with the remaining 11 seats up for grabs, according to the think tank, with Perikatan Nasional (PN) gaining ground in these seats to emerge as a credible rival to both BN and PH.

“Based on these characteristics, our field research concluded that BN would win handily over their opponents,” it said in a statement. “These factors include demographic location, geography, and psychographic of Johor voters; opposition division, multi-cornered content, and a smaller proportion of voter participation.”

It also noted that the rift in the Opposition in Johor is far more obvious than in Melaka state elections.

DAP youth leader: Zahid could be the 10th Prime Minister if BN wins the Johor election

Data was acquired using a combination of analysis, observation, and semi-structured interview methods, with each seat’s micro variables and characteristics taken into consideration.