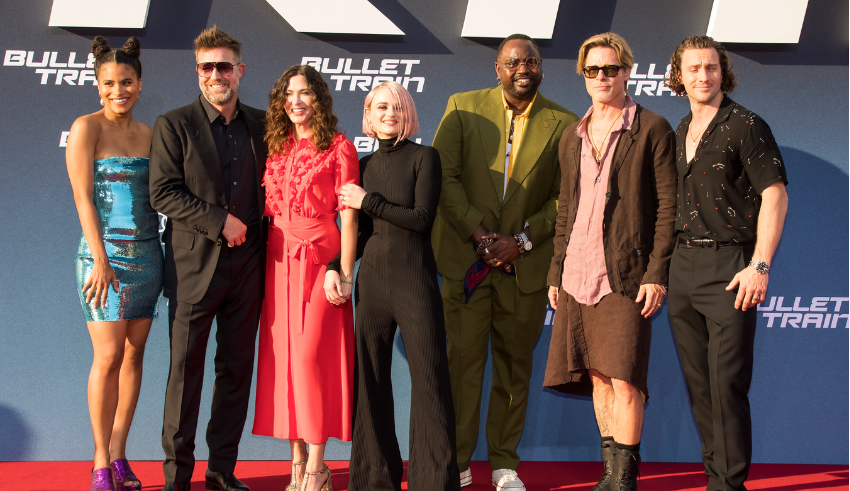 Pitt maintained his cool by wearing all-linen outfit from head to toe, consisted of a brown skirt, matching jacket, and a salmon button-up shirt that was half-open
(c) CNN

This week, many of us have had to contend with the record-breaking temperatures that have been pounding areas of Europe and the United States of America. Even if the oppressive heat may make you wish that you could close the shades, crank up the fan, and try to remain as motionless as possible, the reality is that there are duties to be done and salaries to be earned. This is the same for Brad Pitt as well.

The celebrity was in Berlin on Tuesday for the film preview of his latest action thriller, “Bullet Train,” which took place while the city saw highs in the mid-to-upper 90s. Pitt maintained his cool by donning an all-linen outfit from head to toe, which consisted of a brown skirt, matching jacket, and a salmon button-up shirt that was thoughtfully left half-open.

Fans and critics alike went to the internet to voice their opinions on Pitt’s knee-skimming hemline, but the judgment was still divided on whether or not the dress “absolutely slayed” or should have come “with a warning,” as some users of Twitter put it. Even a popular hashtag on Twitter was created in honor of the skirt because of its association with Pitt.

Top 5 Malls In KL that you need to check out for last minute shopping!

Those who were astonished by Pitt’s skirt-suit are perhaps too young to recall that this isn’t a new phenomenon. During the promotion of “Fight Club” in 1999, Brad Pitt posed for Rolling Stone magazine in not one but five tiny dresses in order to highlight the dangers of traditional masculinity and the pursuit of alpha status. As a cultural milestone, Pitt’s photo shoot with famed photographer Mark Seliger served as a compelling argument in favor of gender-neutral dress standards. Even in a skin-tight, pink sequin outfit, his international sex symbol status remained unaffected.

Over 50 years after the first men in skirts appeared on the fashion scene, the trend continues to this day. Just look at the cover of Vogue or Billy Porter’s Oscars tuxedo gown. Although progress is sluggish, the shock factor diminishes as time passes. It appears that gender-defying fashion statements are becoming more commonplace in everyday life as well as at high-profile cultural events. There is no reason why not. A man in a dress may not be an unusual fashion statement at all, as was perhaps the case with Brad Pitt. Grab that linen skirt if you can’t stand the heat.