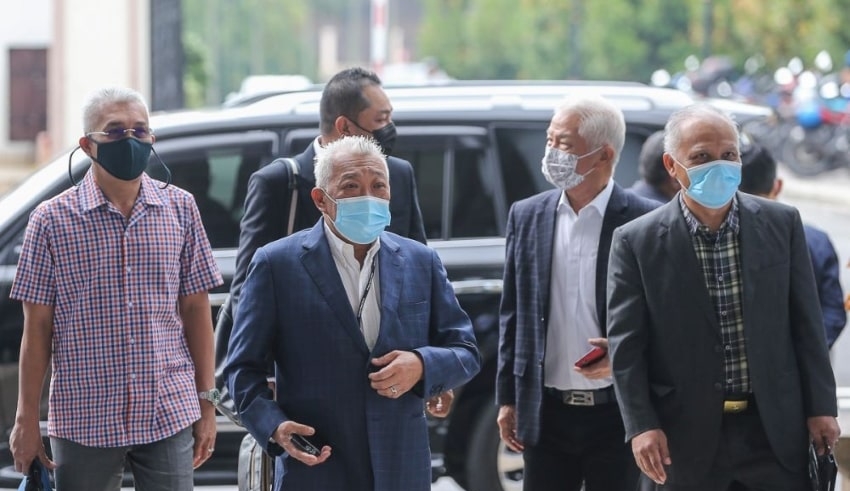 Datuk Seri Bung Moktar Radin did not request an RM3.5 million commission from the investment agency to authorize the RM150 million investment in Public Mutual unit trust, according to the Sessions Court.
(C) Malay Mail

Malaysia – Datuk Seri Bung Moktar Radin did not request an RM3.5 million commission from the investment agency to authorize the RM150 million investment in Public Mutual unit trust, according to the Sessions Court.

Madhi Abdul Hamid, a Public Mutual Berhad investment agent, stated in a meeting with the MP for Kinabatangan and many other persons at Hotel Intercontinental in the past, Jalan Ampang, that subjects pertaining to commission or payment of bribes to Bung Moktar were not mentioned.

In cross-examination by lawyer M., the 24th prosecution witness, who is also a pivotal witness in the case, remarked in the corruption trial of Bung Moktar and his wife Datin Seri Zizie Izette Abdul Samad before Judge Rozina Ayob, Athimulan is representing Bung Moktar.

Earlier, during the prosecution’s cross-examination, Madhi admitted that there were inconsistencies when he testified there was no demand for RM3.5 million commission from Bung Moktar despite the fact that his discussion with the Malaysian Anti-Corruption Commission (MACC) in 2016 was recorded differently.

Budget 2021: Speaker to allow all MPs to enter Dewan Rakyat after request from both sides

Nazri, Bung advises Umno to be powerful enough to go it alone

The court granted the prosecution’s plea to cross examine the witness on December 7 last year since he was regarded a hostile witness after his testimony in court disputed the discussion recorded when probed by MACC.

Madhi also agreed with Athimulan’s assertion that awarding Zizie Izette an RM2.2 million commission was standard procedure and had been given to other introducers.

The unit trust investment proposal was tabled in Felcra’s board of directors meeting, the witness said in response to another question.

During a re-examination by deputy public prosecutor Law Chin How, the witness stated that he was contacted and summoned by MACC numerous times for the investigation and have it recorded, and that there were also questions that he could not give answers to because he no longer remembers or that he was uncertain of the answer, as well as being unable to think clearly at the time. He explained that he was also confused by the scenario since, despite the fact that he had done nothing illegal, he was summoned multiple times to make statements, so he  felt pressured because he had never been summoned by any institution before.