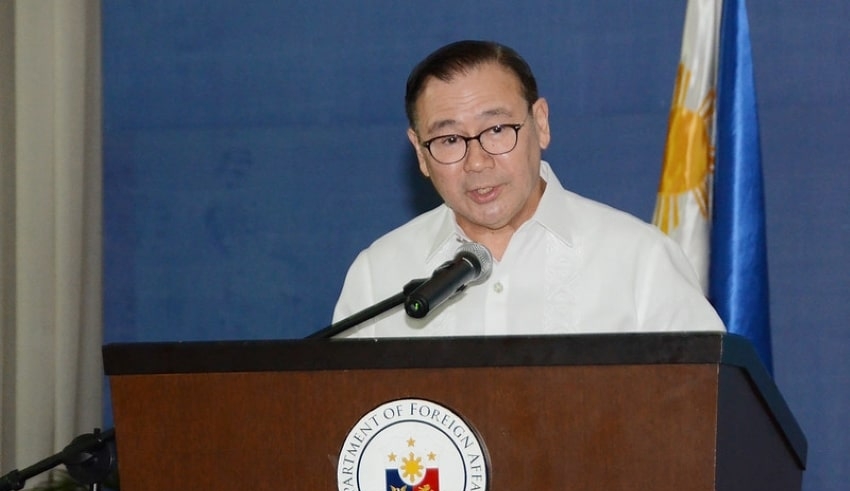 Foreign Affairs Secretary Teodoro Locsin Jr. said he would engage with other Association of Southeast Asian Nations (ASEAN) officials in the next two weeks to identify methods to ameliorate the suffering of the people of Myanmar.
(C) Flickr, DFA Philippines

Myanmar – Foreign Affairs Secretary Teodoro Locsin Jr. said he would engage with other Association of Southeast Asian Nations (ASEAN) officials in the next two weeks to identify methods to ameliorate the suffering of the people of Myanmar.

Locsin said he would accept as his own what Norway’s foreign minister Anniken Huitfeldt stated denouncing the punishment to four years in jail of State Counselor Aung San Suu Kyi.

Huitfeldt argued that the military dictatorship is exploiting the court system to muzzle political opponents and smash the National League for Democracy.

Locsin said he would also strive for engagement among all stakeholders, most importantly Daw Aung San Suu Kyi, and meaningful progress in the Five-Point Consensus of Asean.

The Philippines will also engage with Norway, as current President of the United Nations Security Council, in finding methods to cease the deaths in Myanmar that have stretched on for a year, far too long for that country’s suffering people.

The Foreign Affairs Secretary praised the visit of Cambodian Prime Minister Hun Sen to Myanmar, and the headways he accomplished.

Sen, according to Locsin, deserves wholehearted support as the guy who played a big part in putting to a stop the mass deaths and misery in Kampuchea’s statewide death camp.

He stated that the government was backed by two major international powers for unfathomable intellectual and moral reasons; all of which shriveled into geopolitical triviality and moral horror.

He said that Sen joined anti-Khmer Rouge forces and released Vietnam’s army in order to put an end to the mass killings, bring the key criminals to trial, and restore the old and gentle monarchy of Cambodia, whose light and vitality were extinguished as collateral damage in the Vietnam War.

Locsin further said that the presence of the Special Envoy in the ceasefire discussions with the Ethnic Armed Organizations is a positive step.

However, these discussions must involve everyone, not just a chosen few. Despite her conviction, Daw Aung San Suu Kyi must be present, he said.

Myanmar’s military forces have nothing to fear and plenty to gain from the democracy it brought by standing aside, nor from its restoration by doing so again, he said.

Locsin believes Suu Kyi is essential to a democratic restoration that is free of chaos, disintegration, and civil strife.

He said that Sen’s access to all parties involved must not be conditional.

The execution of the Five-Point Consensus, in particular, must not be connected to any roadmap, since the Consensus is the only one agreed upon by Asean leaders at their summit in Jakarta in April 2021, Locsin stressed.