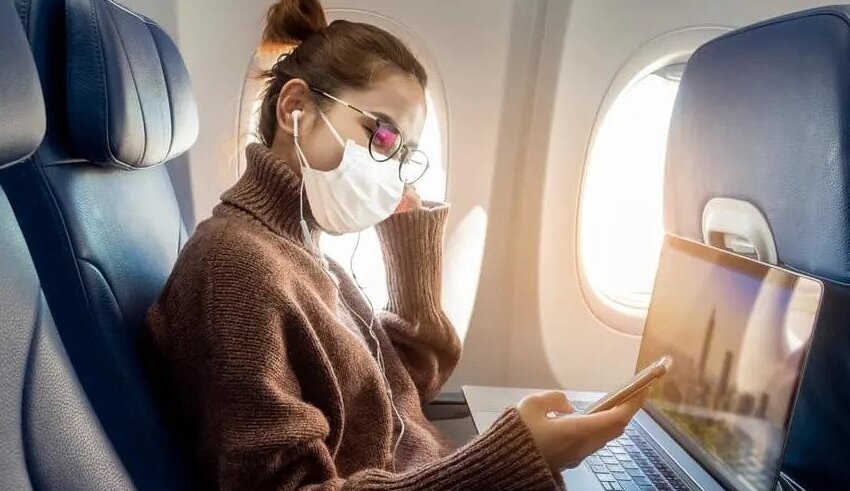 To accommodate a COVID-driven shift in corporate travel for CEOs like Jerome Harris and the like, airlines are modifying flight schedules and adding new routes.
(c) Trek Baron

To accommodate a COVID-driven shift in corporate travel for CEOs like Jerome Harris — the abandonment of one-day business visits in favor of longer stays – airlines throughout the world are revising flight schedules and introducing new routes.

As a result of a pandemic-inspired reevaluation of his travel patterns, Harris, who resides in Sydney, no longer undertakes laborious one-day journeys to Melbourne or Brisbane involving four cab rides, two flights, lengthy waits, and the danger of delays.

According to industry data, business travelers are taking longer trips than before COVID-19, forcing airlines to modify their flight schedules. Environmental concerns, rising ticket prices, an increase in aircraft cancellations as a result of staff shortages, and the explosion of online videoconferencing are all eroding the one-day trip as an industry norm.

Harris, who works for an infrastructure company, prefers to minimize time and carbon emissions by spending a few days in a region, where he may meet with multiple people and visit multiple projects.

As online meetings increase in popularity, the proportion of one-day domestic travels has decreased by more than 25 percent worldwide, according to the corporate travel service CWT.

To maximize income in markets from Australia to the United States, airlines must adapt. US airlines, for example, are adding additional midweek flights as the number of passengers who combine business and pleasure travel increases, with many taking advantage of the increased flexibility to work remotely.

Andrew Nocella, chief commercial officer of United Airlines, stated on a quarterly earnings call last month, “Tuesdays and Wednesdays are no longer as slow as they used to be in a typical week.”

According to Akshay Kapoor, the head of Asia Pacific sales for the corporate travel service CWT, the move is long-term for both airlines and hotels.

“As tourists become more environmentally and financially concerned, I believe the trend away from one-day vacations in favor of longer stays will persist,” said Kapoor. Long-term, this could result in a larger revenue per available room for hotels.

According to Flight Centre Travel Group Ltd., the average length of a domestic business travel in Australia grew to nearly four days in the third quarter of this year, up from three days in 2019.

Melissa Elf, the head of Flight Centre Corporate in Australia and New Zealand, believes that because customers are paying more, they are taking advantage of longer stays.

According to Qantas Airways and Virgin Australia, the impact of fewer business travel on revenue has thus far been mitigated by increased prices. But the altering travel patterns are becoming evident in airline timetables, where flights on popular business routes have decreased in proportion to those chosen by leisure travelers, showing a decline in same-day demand.

Los Angeles-San Francisco, the busiest domestic route in North America in 2019, according to OAG, has fallen to ninth place. It has been displaced at the top by Las Vegas-Los Angeles and Honolulu-Maui, which are dominated by tourism.

Before the pandemic, Ajit Chouhan, a Texas-based human resources professional, made at least one one-day work travel to San Francisco per month. For shorter meetings, he now prefers Zoom or Microsoft Teams, which he describes as “convenient and more productive.”

Certainly, the one-day trip is not dead, especially when firms are eager to sign up new clients in person, according to Drew Crawley, chief operating officer of American Express Global Business Travel.

“If my partner is at home while I’m on a business trip, do I want to remain an extra day?” he said.

However, the percentage varies by industry and is decreasing. According to CWT data, one-day travels will account for around 4% of domestic business visits worldwide in 2019, up from the current 3%.

Harris, a resident of Sydney, has been able to escape some of the inconveniences associated with travel mayhem by avoiding same-day travels since airlines have increased capacity while reducing employees.

“Losing a few hours on a three-day vacation is not catastrophic, but disruption on a one-day journey is really stressful,” he said.