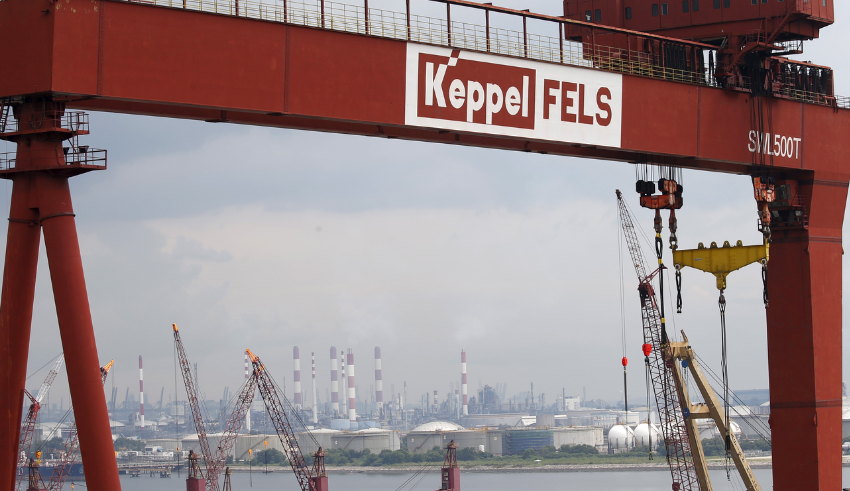 Singaporean Keppel Corp reported first-half profit increased by 66%, made possible by better earnings across from core sectors and resurgence of offshore and marine
(c) Nikkei Asia

On Thursday, the Singaporean conglomerate Keppel Corp reported a first-half profit that increased by 66%. This increase was made possible by better earnings across most of its core sectors and a resurgence at its offshore and marine (O&M) arm.

Keppel, which can trace its roots back to a modest ship repair yard that was corporatized in 1968, has experienced a bounce back this year in its renewable energy and asset management sections, which has helped to offset a decrease in its urban development sector.

“In an extended inflationary environment, demand for real assets with cash flow, such as those which Keppel develops, operates, and manages, will continue to grow,” Chief Executive Officer Loh Chin Hua made in the statement.

The ice industry flourishes in the summer heat in Shanghai

The O&M arm, which is Keppel’s second-biggest and which is merging with Sembcorp Marine, saw a comeback in business as a result of an increase in the price of oil on a global scale.

Keppel stated that its O&M division is in advanced conversations with Petrobras for up to two additional floating production storage and offloading vessel projects. The company also stated that the projects have the potential to add more than S$8 billion to the order book for the division.

At the end of June, the order book for the division was worth 4.4 billion Singapore dollars.

However, earnings from Keppel’s urban development sector took a hit, mostly as a result of lower contributions from the company’s China trading projects and lower fair value gains from investment properties.

The real estate industry in China has been lurching from one crisis to another and has been a significant drag on the overall growth of the country over the course of the last year.

Keppel’s profit from continuing operations attributable to shareholders increased by 26.4 percent to a total of S$434.1 million. This figure does not include O&M expenses, some out-of-scope assets, or other adjustments.