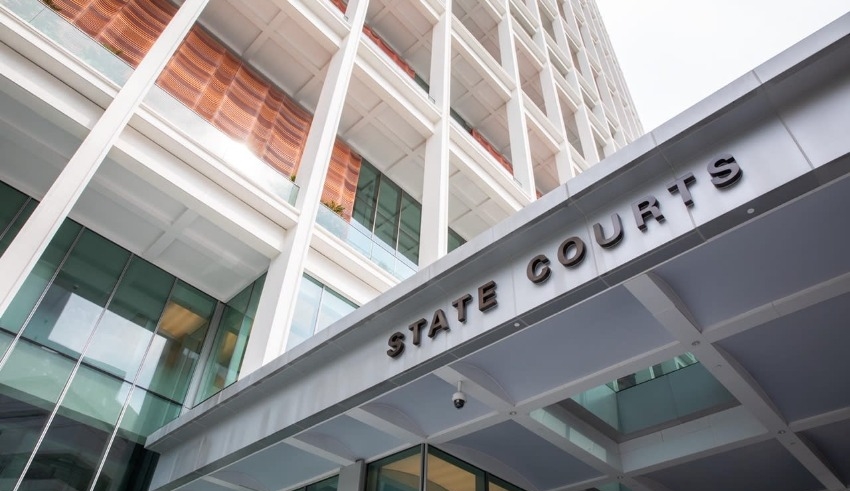 A lawyer who was having a stressful day at work walked onto the balcony of his neighbor in order to record a video of a young woman bathing in her own unit.
(c) Today

A lawyer who was having a stressful day at work walked onto the balcony of his neighbor in order to record a video of a young woman bathing through the glass of her bathroom.

After entering a guilty plea to two counts of voyeurism, the guy, who is 32 years old, was sentenced to serve a total of 12 weeks in jail on Thursday (August 18).

There were two additional counts of criminal trespass that were taken into consideration for sentence.

CNA will not identify the perpetrator since doing so could result in the identifying of the victim, who is currently shielded from public scrutiny by a gag order.

According to his defense attorney Shashi Nathan, the man has now quit the legal profession and is now employed in a private business.

The court heard that at the time of the crime, both the perpetrator and the victim resided in terrace houses that were adjacent to one another. The victim’s master bedroom contained a toilet that looked out onto a tiny balcony through a window.

When the suspect saw that the victim was in the shower on the evening of November 23, 2020, he went over the parapet into the next-door neighbor’s house and entered the building.

According to Deputy Public Prosecutor Yvonne Poon, he was able to determine that it was the woman either by listening for her voice or because of her practice of watching films while she was in the shower.

He then went out onto the balcony and held his phone outside the window of the bathroom while the camera was pointed inside. However, the victim noticed him just as he was about to start filming and yelled at him.

The man swiftly escaped by climbing over the parapet and making his way back home. He did not take a video of his escape.

After the victim had finished getting dressed, she shared what had happened with her husband, and the two of them then walked next door to confront the perpetrator.

The man apologized over and over again to the victim and again requested that the pair keep their voices down.

Additionally, he handed his phone over to the victim so that she could look through it for any images or videos that might contain her, but she did not find anything that might be used against her. Despite this, the couple decided to alert the authorities.

During the course of the investigation, the individual acknowledged that he had been successful in filming the victim showering some months prior to the present time.

On that occasion, he had the same experience as the previous one in which he heard the victim in the restroom, and he climbed over the parapet to take the video, which he subsequently deleted.

He explained to the investigators that he committed the offenses because he had been under a great deal of stress at work ever since the COVID-19 “circuit breaker” in April of 2020.

The prosecution argued for a sentence of twelve to fifteen weeks in prison, pointing out that the defendant had violated the victim’s privacy by entering her home and filming her while she was naked.

She went on to say that it was a stroke of good luck that the victim looked up and saw the man’s phone because, had he not done so, his crimes would have gone unpunished.

“It takes courage to do so. It demonstrates his own self-awareness of what has happened and what he needs to do in order to do the right thing,” said the attorney, adding that the guy desired “a fresh start.”

Mr. Nathan argued that his client’s actions were spontaneous and that he had been going through a difficult moment in his life at the time of the incident. He requested that his client be sentenced to six weeks in jail.

As the victim was being filmed while showering in her own home, District Judge Eddy Tham stated that the amount of intrusion was excessive, and that the victim suffered significant suffering as a result of the incident.

It was “a big leap,” according to what he had to say, to claim that the perpetrator could release his tension by capturing such videos of the victim and posting them online.

According to the judge, the fact that the individual came clean when he was questioned and admitted to the previous offense despite the fact that there was no video footage uncovered demonstrates that he feels regret for what he did.

The punishment for voyeurism can include up to two years in prison, a fine, or the caning of the offender, or any combination of these three options.