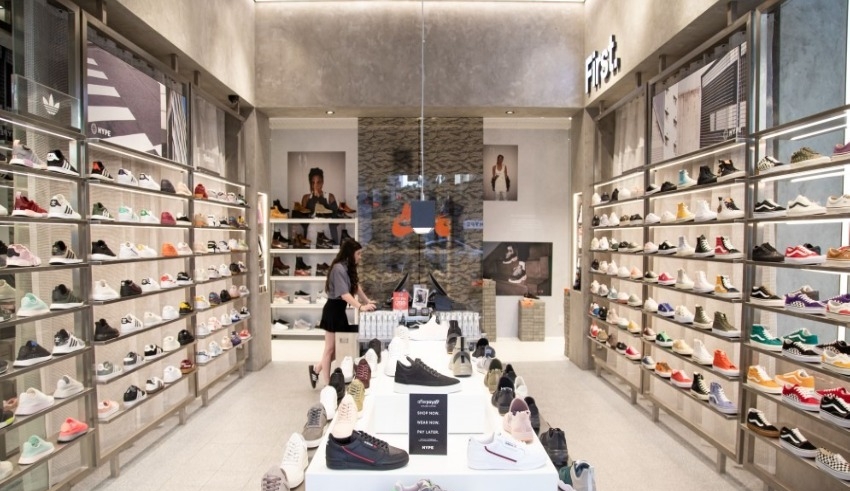 The high-flying luxury industry is concerned about the desire among financially strapped Gen Z consumers for "aspirational" goods such as $300 bucket hats.
(c) Heart of the City

The high-flying luxury industry is concerned about the desire among financially strapped Gen Z consumers for “aspirational” goods such as $300 bucket hats, $900 sneakers, and $700 T-shirts. These “aspirational” purchases fall throughout the price spectrum.

According to Gregory Boutte, chief client and digital officer of Kering, the parent company of Gucci and also the owner of Gucci, young adults around the world have been “a very powerful element of luxury growth over the previous decade.”

Macroeconomic trends are having a disproportionately negative influence on the additional funds that children born between 1996 and 2012 might utilize to enter the realm of luxury. Data released this week showed that China’s economy unexpectedly slowed down, which prompted a rate cut by the central bank.

The challenge in China is not the same as it is in North America and Europe, where rising inflation and the cost of living are having a disproportionately negative impact on the discretionary budgets of younger consumers.

“In the United States, inflation is a significant problem and the primary focus of many businesses that deal in luxury goods… The rate of unemployment among young people is particularly concerning in China at the moment,” Oliver Wyman principal Kenneth Chow, who was interviewed for this article, remarked.

The effects of COVID-19 lockdowns and a crackdown on large technology firms that traditionally hired droves of graduates have contributed to an increase in the unemployment rate of China’s urban population aged 16 to 24 to a record 19.9 percent, according to data provided by the Chinese government for the month of July.

Eighty percent of CEOs questioned do not anticipate a “v-shaped” rebound this year, as shown by a recent survey conducted by Oliver Wyman, which found that certain luxury brands are dramatically decreasing their sales estimates for the Chinese market in reaction to present conditions. Oliver Wyman chose not to disclose the names of the companies it polled.

Despite this, the earnings that companies like LVMH and Kering posted last month portrayed a picture of resilience in the face of economic obstacles. Luxury players were riding a wave of post-pandemic spending by their wealthiest customers, which helped these companies report strong profitability.

And major manufacturers have made it clear that they intend to increase sales at the higher end of the market, such as handbags selling for $10,000 and coats going for $5,000, rather than concentrating on luring new customers onto the lower rungs of the ladder.

Price increases on high-margin leather items have been implemented by Chanel, Louis Vuitton, and Dior on multiple occasions throughout the course of the previous year, with Chanel seeking to open storefronts that are exclusively for VIP customers.

“As the prices are rising, I’m becoming more and more cautious because I feel like I did a good amount of spending in the last year,” said Sara Yogi, a 26-year-old resident of San Francisco, California.

This move toward a focus on core luxury consumers also involves a generation of wealthy Gen Z consumers who are less likely to be affected by factors such as inflation or unemployment.

However, there is cause for concern over prospective customers who are expected to contribute to Gen Z accounting for twenty-five percent of all expenditure in the luxury goods sector worldwide by the year 2025.

And some companies, like Burberry, have already noticed a decline in sales of sneakers and slides, which are products that consumers in the millennial and Gen Z generations have typically utilized as their entry point into the world of luxury brands.

According to Yi, her Gen Z counterparts in China are fond of purchasing luxury branded mobile phone cases, earrings, hair clips, and perfumes. She added: “These are goods with the lowest threshold for (them) to have that logo, that icon.”

Some high-end fashion houses, including Balenciaga and Dior, are jumping on the bandwagon of the metaverse in an effort to pique the interest of adolescents and young adults by providing them with reasonably priced options to adorn their virtual identities on gaming platforms such as Roblox.

At a price point of $17.99, virtual sneakers created by labels such as Gucci have already proven to be quite popular with customers.

Entry-level products require a significant amount of creative commitment, regardless of whether they exist in the real or virtual world.

According to Claudia D’Arpizio, a partner at Bain, “there is this young throng of consumers that are moving into the market, and they demand a lot of inventiveness at more cheap pricing points.” However, not all firms are suited to cater to this demographic of customers.

However, there is some encouraging news for brands.

Even if they do find the correct offering of entry-level products or if the economic condition of Gen Z customers improves, the demand for luxury products does not diminish at all.
According to Yi, “young people in China are really interested in luxury things.” There will be no change in their long-term preferences regardless of whether there are lockdowns or the temporary unemployment rate.