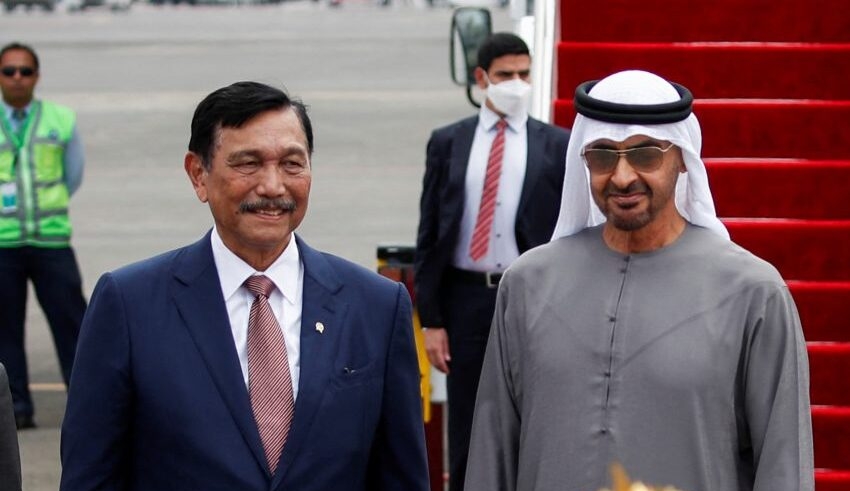 The G20 meeting has increased Indonesia’s standing in the Asia-Pacific region symbolically. Bali 2022 confirmed Jakarta’s position as ASEAN’s political stabilizer and economic heavyweight. Indonesia has everything: the seventh-largest economy in the world, a massive labor force, and abundant natural resources, yet it has yet to realize its full potential.

Following years of political turmoil, during which four Indonesian presidents dealt with terrorism, natural disasters, and the aftermath of the 2008 global financial crisis, President Joko ‘Jokowi’ Widodo’s program seeks to catapult Indonesia into the ranks of the region’s developed economies.

Jokowi embarked on a determined campaign to garner support for his ambitious development objectives. Indonesia faces significant growth obstacles. Infrastructure-wise, Indonesia is hopelessly behind the rest of the region. Upgrades are required to service the expansive island nation’s domestic market. Roads, ports, airports, and telecommunications must all be increased. Jakarta, home to thirty million people, is sinking irreversibly. A new capital is urgently required. However, this is contingent on the foreign direct investment (FDI) that Indonesia has attempted to attract. Jokowi evaluated potential investors, and then proceeded directly to the Gulf.

Arabs have had ties to Indonesia for ages. The entrance of spice-trading sailors from southern Arabia contributed to the expansion of Islam in the archipelago. As pilgrims flocked to Mecca, Islam quickly became the dominant religion, fostering strong linkages between the Indonesian islands and Arabia. As many Indonesians have found jobs in Gulf countries, this attachment remains strong.

In addition to economic complementarities, similar religion, culture, and history have made the Gulf states natural allies for Indonesia. Jokowi’s investment-seeking trip to Qatar, Saudi Arabia, the United Arab Emirates (UAE), and Bahrain resulted in a flurry of energy and agriculture-related agreements.

However, implementation has yielded varying results. The ambitious Saudi Arabian plan to build a huge oil refinery in Central Java with a partner became bogged in disagreements over technicalities until the Saudi partner withdrew. This incident temporarily halted large-scale Saudi investments in Indonesia.

China-UAE research and technology collaboration will be boosted

Approaching the UAE yielded more returns. During a state visit to Indonesia, Crown Prince Mohammed bin Zayed went to extraordinary lengths to meet Jokowi’s request for a development partnership with the UAE.

Following reciprocal visits, the UAE pledged over $42 billion in investments in a variety of sectors, including energy, healthcare, digitisation of road infrastructure, agricultural, and port infrastructure. A commitment to cooperate in financing the planned new capital of Indonesia, Nusantara, is an added advantage.

The UAE is currently by far Indonesia’s largest Gulf investor. The blossoming relationship between the two countries’ leaders has been cemented by their personal chemistry. When it signed a Comprehensive Economic Partnership Agreement (CEPA) with Jakarta, Abu Dhabi even included Indonesia in its circle of closest economic partners. Combined with an FTA, the CEPA grants Emirati exports privileged access to the enormous Indonesian market.

Jokowi is not opposed to Gulf funds entering the public coffers. In addition to the UAE, he attempted to win FDI from Qatar and Bahrain’s sovereign wealth funds. The two Gulf states may collaborate on projects in Indonesia.

Overall, Jakarta’s Gulf effort was successful, despite the fact that several promises were not kept. The United Arab Emirates stands out for its dedication to Indonesia’s development. It remains to be seen whether the Abraham Accords will facilitate Israel’s participation. Jokowi has resisted U.S. demands to normalize bilateral relations with Israel, saying that public opinion is not yet prepared for even clandestine commercial links.

Indonesia is not simply a desirable location for project-based Gulf FDI. As the nation with the largest Muslim population, it has a unique political, demographic, and cultural influence in the Islamic world. Always a master of its own destinies, Indonesia has firmly resisted outside attempts to transform it into a hotspot of Wahhabi extreme proselytization.

Pancasila, the founding concept of the Indonesian state, recognizes the equality of rights and responsibilities across all ethnic and religious groups. This is not lost on the UAE, which accommodates a foreign population that is 10 times larger than its own. Reforms in the United Arab Emirates and Indonesian law are proceeding in opposite directions. The impact of Indonesia’s new draconian penal code, which prohibits, among other things, cohabitation between unmarried couples, remains to be seen.

In the Gulf-Indonesia relationship, it would be a mistake to read too much into ideology and religion. Indonesia will pursue its own route regardless of the source of FDI. It will also avoid over-reliance on any single funding source. As a significant Gulf partner, Indonesia will continue to leverage its comparative advantages to compete with others in the region for Gulf generosity, while diversifying economic connections.