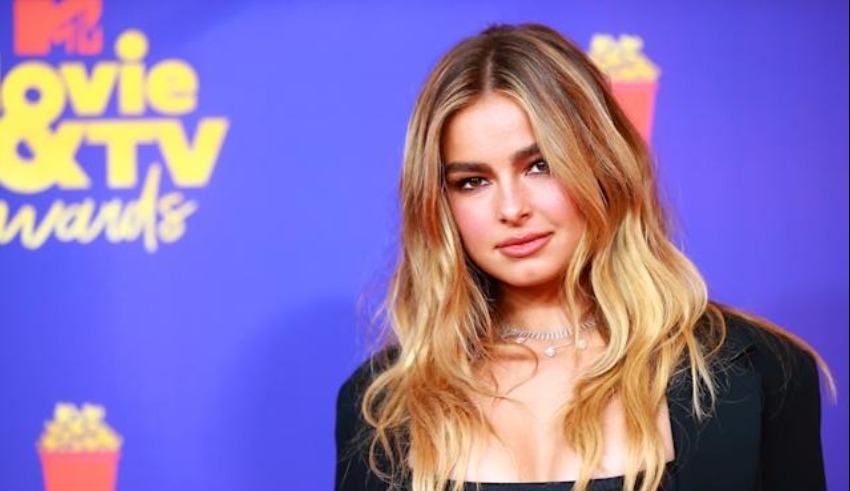 Did you know that every mirror in your house lies to you? That face that you see of yourself in the mirror of your bathroom every morning is "opposite you."
(c) Yahoo News

Mirrors lie. They put things in reverse order. That face that you see in the mirror of your bathroom every morning is “opposite you.” It is the inverse of the visage that other people see when they look in their cosmetics compacts. In principle, we are all aware of this fact.

And yet, over the course of the last couple of years or so, this uncomplicated truth has mesmerized and, at times, profoundly offended a great number of people (particularly younger ones) who have experimented with facial-symmetry filters on various social media platforms.

Some of these filters flip the reflection of the mirror, showing images of a person’s face as it is seen by others. This has the effect of frightening many users because it shines a new light on all of the flaws to which our regular mirror reflections have accustomed us or even blinded us: The asymmetrical hairline, the crooked mouth, and the eyes that aren’t quite level with each other.

When viewed in reverse, each of these comes into sharper focus. When one is forced to confront their “flipped” visage for these reasons, it can feel quite isolating (not unlike hearing your own voice on tape).

Other filters startle the user in a different way, either by generating symmetry, aligning features, and smoothing imperfections, or by presenting polished visuals that are profoundly alien to the user by employing some form of real-time Photoshop or virtual plastic surgery.

The filters have gained an incredible amount of popularity. On TikTok, a new face-symmetry-focused craze tends to take root every few months, set to audio from music (like Olivia Rodrigo’s Deja Vu) or movies. These videos are usually set to the audio.

If you scroll through the pages and pages of users who have used these filters, you will find a variety of responses, including the following: Some users appear to be laughing at what appears to be a distorted fun house reflection, while others appear to be feeling genuine shock and despair at the unexpected visage that appears on their phone screen.

Inverted is a popular symmetry effect that can be found within the TikTok app as one of the company’s very own Creative Effects. According to the counts of public views provided by TikTok, the effect known as “Inverted” has been utilized in around 10 million videos. A description can be found on the page for the hashtag #Inverted, which asks users: “Are you #Inverted? Try out our Creative Effect for yourself, and see!”

It’s possible that the algorithm favors using symmetry filters as well. The staggering number of 23 billion views that videos tagged with “Inverted” have garnered on the app could be attributed to either algorithmic or purely human curiosity, or even a combination of the two.

What is it that is driving this trend at the moment? The peculiar nature of the times surrounding the pandemic may be partly to blame. Over the course of the previous two years, we have had far too much “face time” online and far too little “regular time” spent conversing in person with other people.

We have, in the privacy of our own homes, spent hours gazing at our own and other people’s faces, complete with all of our imperfections, as they appeared on videoconferencing displays.

Masks have also prevented us from having the positive human experience of interacting with the faces of those around us when we are out in public. The rise in popularity of face-scanning apps may be explained in part by this factor alone.

A student from Colorado named Leslie Lizette Cartier, who is 20 years old, hit the social media jackpot with her facial-symmetry TikTok, which currently has approximately 11 million views. What did she decide to play as the accompaniment? The song that serves as Quasimodo’s theme in Disney’s production of “The Hunchback of Notre Dame.”

Cartier capitalized on a trend that had previously been used with the music and had previously been matched with the symmetry filters. The following lines can be found within its lyrics: “You are misshapen, and you are ugly, and these are the crimes for which the world offers little pity.” Cartier stated that she was unconcerned about the unevenness in her face that was revealed by the filter despite the message that the song conveyed.

“When I was younger,” she explained, “I used to make fun of the fact that one side of my face is just extremely clearly defined and the other side is a little bit softer.” When I used the symmetry filter, I had a pretty good idea that the result would be like that already. I wanted to be funny when I made the video, so that was my main objective.

However, when the video went viral, many viewers were disturbed by both the visuals and the audio, arguing that it fostered ridicule of those who have disfigurements. This was the case because the video became global. She shared her thoughts by stating, “They were arguing that this filter, this entire tendency, is incredibly damaging.” They said things to the effect of, ‘You’re making fun. Imagine people who truly do a poor job of representing themselves, and you say, “This may affect them!”

Journalists have been keeping track of this issue, writing articles that discuss the negative impacts on mental health that might result from seeing oneself as others do and providing advice on how to deal with the newly acquired self-knowledge. Many writers approach the topic as if it were some kind of traumatic experience, another illustration of the body unease that is induced by the Internet, which some refer to as “filter dysmorphia.”

Having said that, it is possible that the current fixation on symmetry is the result of something far older and more fundamental than any of these triggers. The human preoccupation with symmetry is an age-old phenomena that has huge ramifications for both culture and biology. This helps explain the intense feelings that are being expressed on various social media platforms.

In the year 1490, Leonardo da Vinci made the now-famous image that is known as the “Vitruvian Man.” This drawing depicts a naked human form that has perfect and symmetrical proportions, illustrating the mathematical limitations that were proposed by Vitruvius and known as the “golden ratio.”

The science behind it

Even in contemporary physics, symmetry plays an essential role. “Even Einstein’s theories of special and general relativity rely on symmetry,” Mordecai-Mark Mac Low, head of astrophysics at the American Museum of Natural History, noted in an email. “This is true with respect to relative velocity or to the very bending of space-time.”

As a result, it’s possible that some of the current preoccupation with symmetry on social media is simply a resurgence of an ancient impulse that used to prioritize symmetry (and maybe still does).

It’s possible that thinking about the Japanese art of kintsugi won’t provide immediate solace to the young people who are distraught on social media, or to those of us who are tired of seeing our own faces on video chats. However, it does provide a useful perspective, particularly when taken into account in light of philosophies that assert humans have “natural” or “instinctual” desires for symmetry. At their core, these are not so much opposing points of view as they are different perspectives on the same phenomenon.

Whether you adore and enjoy the absence of symmetry (the kintsugi side), also known as the lack of symmetry, or you love and seek symmetry (the Vitruvian side), you are seeking some type of harmony in the midst of a rupture or conflict. Finding meaning in one’s experience of the world and the things one sees in it is, in and of itself, a worthy endeavor with a long and illustrious history.